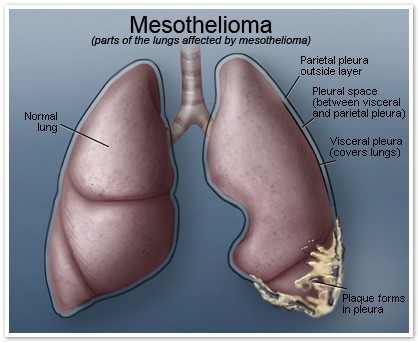 A jury in Philadelphia assessed a $7.25 million verdict yesterday against nine asbestos manufacturers in a mesothelioma case. The victim, Edward Merwitz of Langhorne, PA, was diagnosed with mesothelioma in January 2010 and died six months later. The Philadelphia County jury rendered the verdict after two weeks of trial.

Merwitz's exposure to asbestos-containing products occurred deep in the bilge area of warships at the Philadelphia Navy Yard in the late 1960s. The products he worked with were gaskets, packing, pumps, electric motors, turbines, control boxes and electric wire. He also had exposure to pipe covering and other insulation products used by people in other trades. There were no warnings of dangers, nor was Merwitz provided any protection from the asbestos fibers.

Defendant Rockbestos argued that a witness who worked with Merwitz had misidentified their product. They further claimed their electric wire product did not give off breathable fiber, but instead contained fiber that does not cause mesothelioma. Finally, Rockbestos contended that if the plaintiff was exposed to its product, it was not on a sufficiently regular and frequent basis.

The jury rejected all of Rockbestos' defenses. Most of the defendants had settled before or during the trial, leaving defendant Rockbestos as the sole defendant at the time of the verdict. Rockbestos had offered $2,500 to settle the case prior to the commencement of trial. Instead, the company will pay its share of $3.6 million in survival damages and another $3.6 million for wrongful death.

A New York Supreme Court jury awarded $12.5 million to the families of an electrician, a steamfitter and an insulator who got cancer working with and around toxic asbestos-contaminated materials. Anapol Schwartz attorneys Lawrence R. Cohan and David Carney obtained the verdict. Regarding the trial, Cohan said, "This was a bitterly contested case over the full course of the two week trial. As other defendants settled, it was clear that defendant Rockbestos intended to assert all of its defenses, and to let the jury decide the case. The jury rejected them all."

When asked about the reaction of the family, Cohan indicated, "Mrs. Merwitz and her two daughters were ecstatic. They understand that each defendant only pays its share and feel that justice was done."