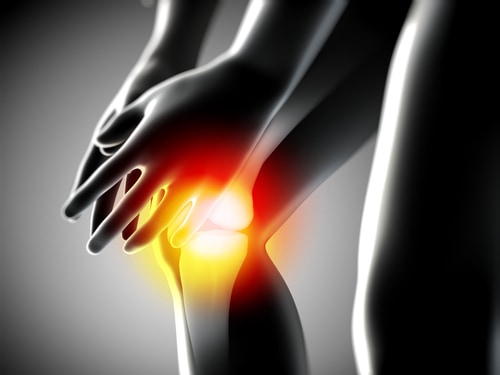 The Arizona Court of Civil Appeals has upheld a $7.3 million verdict for a woman whose multiple knee surgeries and knee replacement left her in chronic pain and unable to walk normally.  Payson Healthcare Management (PHM) appealed the decision by a Gila County Superior Judge who awarded the damages to Lori Sandretto.

Sandretto slipped and fell on a wet floor and injured her right knee in April 2008. This led to surgery to repair a torn meniscus by a surgeon not involved in Sandretto’s lawsuit.  After the first surgery failed to alleviate her pain, Sandretto consulted a second physician, Dr. Charles Calkins, an orthopedic surgeon.  Calkins determined that Sandretto’s meniscus was still torn, so he performed a second knee operation on Sept. 5, 2008.  Calkins also drained fluid from Sandretto’s knee and tested for infection.

At first, Sandretto’s knee improved, but it later grew increasingly painful and swollen.  Calkins’ physician assistant prescribed antibiotics for a skin infection.  Two weeks later, Sandretto was taken to an emergency room, where Calkins also diagnosed a skin infection and changed her antibiotics.  Ten days later, the physician assistant drained more fluid from Sandretto’s knee and sent it out for testing.  The tests revealed she was infected with Staphylococcus aurues (MRSA), which is resistant to methicillin.

Sandretto underwent three subsequent “wash out” surgeries to try to rid her of the drug-resistant bacteria.  Eventually, she had to undergo a knee replacement.  She also developed Complex Regional Pain Syndrome (CRPS), a chronic pain condition.

Sandretto’s attorneys, Arthur Lloyd and Doris Robinson-Wait of Lloyd & Robinson, PLLC of Payson and National Trial Lawyers Top 100 attorney Thomas McGovern of McGovern Law Offices in Phoenix, called expert witnesses to the stand who testified that Sandretto might not have needed the knee replacement or developed the chronic pain condition if Calkins tested for the source of the infection sooner.  They also testified that Calkins should have worked more aggressively to take care of the infection.

Sandretto’s attorneys settled their claims with Calkins on the eve of her trial for $900,000, just under the maximum amount his malpractice insurance would pay.  Attorneys for PHM argued on appeal that they should have had more time to reconsider their strategy after Calkins agreed to settle.  Attorney Don Stevens of Phoenix also argued that the judge in the first trial erred in allowing several expert witnesses testify on behalf of Sandretto.  Stevens further argued that the judge should have allowed the jury to hear that Sandretto had other medical problems involving emotional issues and chronic pain.  The three judge appeals panel rejected all of PHM’s arguments, and upheld the verdict.

The case is Lori Sandretto v. Payson Healthcare Management, Inc. in the Arizona Court of Appeals Division Two,  No. 2 CA-CV 2013-0044.