Amendments to Civil Procedure Rules: Is the Discovery Problem Solved? 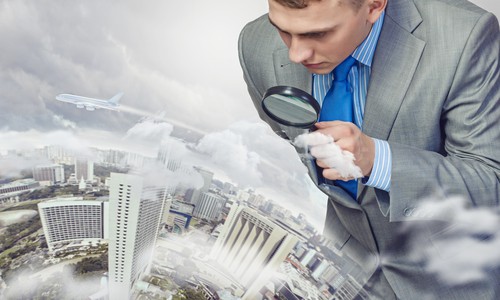 Long anticipated changes to the Federal Rules of Civil Procedure were approved by the United States Supreme Court on April 29, 2015. Absent congressional action, which is not expected, these new rules will take effect December 1, 2015. The most significant changes are in the area of discovery and there is hope among the defense bar that these changes may result in significant reductions in the cost and burden of discovery.

Changes to the Scope of Discovery

In addition to disallowing discovery that “may lead to the discovery of admissible evidence,” the new rules incorporate a proportionality requirement directly into the definition of discoverable material. Under the new rules, discovery must be:

[sws_blockquote_endquote align="" cite="" quotestyle="style01"]proportional to the needs of the case, considering the importance of the issues at stake in the action, the amount in controversy, the parties’ relative access to relevant information, the parties’ resources, the importance of the discovery in resolving the issues, and whether the burden or expense of the proposed discovery outweighs its likely benefit. [/sws_blockquote_endquote]

Compared to the prior language in Rule 26, this new definition of scope, with its emphasis on proportionality, feels like it should result in much stricter limits on discovery. But will it?

Experience teaches us to be both skeptical and vigilant: skeptical because no rule changes will significantly limit discovery absent the will to enforce that result at the trial court level and vigilant because achieving that result in case after case will require careful and repeated explanations of how discovery can be such an unproductive burden and why the court should limit it.

The new rules are particularly important in product liability and employment cases. In commercial cases involving corporate entities on both sides, the scope of discovery can usually be resolved rather efficiently because both sides have lots of documents and stand to suffer from burdensome discovery requirements. The situation is very different in “unilateral” litigation where only one side has a large volume of documents, and it is in such cases where the real problems occur.

An attorney for an individual personal injury plaintiff can, in 30 minutes, prepare canned document requests that would require a company to spend millions of dollars and hundreds of hours of employee time to satisfy. As a result, extraordinary sums are expended on identifying, collecting, processing, reviewing and producing immense amounts of data, the vast majority of which is never actually used in litigation. The attorneys who serve the requests not only can do so easily, but they know that their own client is an individual or group of individuals with no significant documents, so there is no risk of a similar burden being placed on them. Indeed, the exceptional cost of unilateral discovery often benefits plaintiffs by increasing the value of a nuisance settlement.

The existing rules, along with relevant case law, provide for objections to overly broad and overly expensive discovery, but discovery is out of control. The fact is that managing discovery disputes in the real world is not so simple. For example, although there are now judges who have become experienced in the ways of electronic discovery, many judges are not well trained on the burdens imposed by massive document discovery or the reasons why it is so expensive. There are still a disturbing number of trial courts who are receptive to the suggestion that the electronic nature of modern discovery minimizes the burden of responding to expansive document requests.

A further, fundamental issue is that (as it must) limiting the scope of discovery results in the possibility that some important document does not get produced. Lawyers, including judges, have training and priorities that are fundamentally different than those of business executives or engineers. A lawyer serves “justice,” which is defined differently by each lawyer, but which is rarely felt to be exactly congruent with efficiency. It is against a lawyer’s grain to consider sacrificing substantive rights for “mere” efficiency or cost. And many judges have an understandable reluctance to impose such limits for the financial benefit of a large corporate defendant. There is also the fact that motions about document discovery tend to be nitpicky, boring and technical, and if a judge is disinclined to spend inordinate amounts of time understanding these motions, it is easier to grant the discovery than to deny it.

While the new rules provide important leverage in the work to rein in discovery, ultimately what matters is not what the rules say, but how the courts apply the rules to particular cases. The new amendments, assuming they proceed through Congress without change, will indeed give parties that seek to limit discovery a stronger set of arguments. For those arguments to win the day in individual cases, however, there will need to be careful and vigorous advocacy.