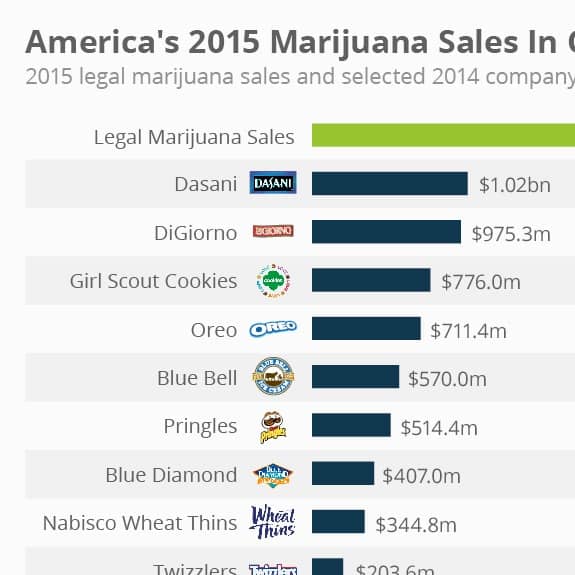 According to Forbes, legal marijuana sales in the US reached a record high in 2015, hitting $3.4 billion in sales last year. Marijuana is legal in Alaska, Colorado, Oregon, Washington, and the District of Columbia.

Putting this into perspective:

In 2016, America’s legal marijuana sales are expected to be even higher, somewhere in the region of $3.5 billion to $4.3 billion.

The Case for Marijuana