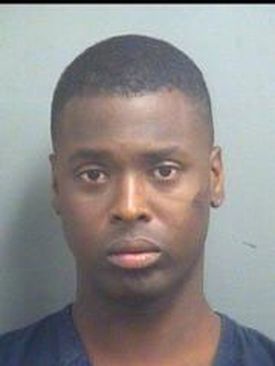 Florida's Fourth District Court of Appeal ruled on Dec. 22 that the Palm Beach Post may continue to publish jailhouse transcripts of taped telephone conversations, posted on its website.

The ruling reverses Palm Beach County Circuit Judge Jack Schramm Cox, who ordered the Palm Beach Post to unpublish the posted material from its website. In a one-page order, the appeals court said, "The order prohibiting petitioner from publishing transcripts of the witness on its website and requiring that those which were previously published be removed is quashed. The order sealing the records is quashed as overbroad. An opinion addressing all issues will issue."

A Prior Restraint on Speech

The published transcripts consisted of taped telephone recordings in which a jailhouse informant bragged about his ability to elicit confessions from fellow inmates. Judge Cox found it necessary to prohibit the Post from publishing any more transcripts of taped phone calls convicted murderer Frederick Cobia has had from jail since the time of his arrest in 2009.

Cobia testified in two murder cases in which he claimed the defendants confessed to him, according to the Post. Also set to testify in three more cases, Cobia has been listed as a prosecution witness in 23 cases in the last 2½ years.

No Precedent Since Historical Censorship

Post attorney Martin Reeder said, “[This is] judicial censorship. We have a free press in this country, so we normally don’t permit judges to censor what’s in the newspaper. It’s remarkable in that it’s a prior restraint, which is extraordinary in itself, but it orders the paper to take down information that was already published. It’s as though the judge ordered them to take out scissors and cut holes in the newspaper. It’s kind of baffling.”

The term censorship derives from the official duties of the Roman censor who, beginning in 443 B.C., conducted the census by counting, assessing, and evaluating the populace. Originally neutral in tone, the term has come to mean the suppression of ideas or images by the government or others with authority.

Societies have practiced various forms of censorship throughout history in the belief that the community, as represented by the government, was responsible for molding the individual. The English-speaking world began wrestling with issues of censorship in the seventeenth century.

In the United States, the First Amendment to the Constitution guarantees Freedom of Speech and Freedom of the Press. When a U.S. government agency attempts to prohibit speech or writing, the party being censored frequently raises these First Amendment rights. Such cases usually involve communication that the government – or in this case, the judiciary – perceives as harmful to itself or the public.

“The U.S. Supreme Court has never upheld a prior restraint on pure speech, nor has [the newspaper’s] counsel found a Florida appellate decision upholding such a restraint,” the Post wrote in its petition to the Fourth District Court of Appeal.

To comply with the order, the Post removed two paragraphs from the online version of an Oct. 15 story it published this year about prosecutors’ frequent use of Cobia as a jailhouse informant. The Post also removed its published allegations that Cobia receives special treatment in exchange for his cooperation. The newspaper posted a note at the top of the original story to explain the situation and the judge’s ruling:

“EDITOR’S NOTE: Under the Nov. 30, 2015, order of Palm Beach County Circuit Judge Jack Schramm Cox, The Palm Beach Post has removed transcripts of portions of recordings of phone calls made by Frederick Cobia while being held in the Palm Beach County Jail. Also removed from a previous version of this story are two paragraphs that included quotations from the transcripts. The Post is appealing Cox’s ruling.”