Archdiocese of Chicago to Pay $2.3M in Sexual Abuse Lawsuit 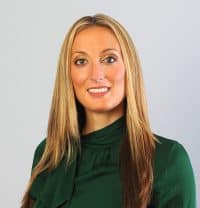 Chicago plaintiff lawyer Lyndsay A. Markley has settled a claim against the Archdiocese of Chicago and the Catholic Bishop of Chicago, involving the sexual abuse of a minor by defrocked priest Daniel McCormack in the amount of $2.3 million.

The settling victim alleged he was sexually abused on two occasions in 2005 when he was 12 years old. The victim met McCormack while playing pickup games of basketball at St. Agatha’s Parish. The complaint alleged that the second act of abuse may have taken place after McCormack was arrested for the first time on August 30, 2005 for allegations of sexually abusing a different child.

Despite this arrest, Cardinal Francis George allowed McCormack to return to St. Agatha’s and resume his work, which included interacting with children. McCormack was not removed from the public ministry until a second arrest in January 2006. He was permanently removed from the priesthood in November 2007 and pleaded guilty that year to abusing five children.

“I am very pleased that my client was able to get the financial compensation he deserves without the necessity or trauma of a jury trial," says Attorney Lyndsay Markley. "It is my hope that this settlement allows him to receive whatever care, treatment or comfort is necessary for him to live the best life possible and move forward from this terrible tragedy."

“In the future, hopefully the Archdiocese of Chicago will prevent the admittance of predators into the clergy so that innocent children will remain unharmed and we don’t have to rely on the justice system to address a victim’s needs after the fact.”

The parties mediated the case for a full day on January 5, 2017, before former Judge Thomas Hogan. The case was set for trial on May 15, 2017, but the parties resolved the case before completing expert witness discovery. Cook County Circuit Judge Clare E. McWilliams entered an order dismissing the case on January 19, 2017.

Lyndsay Markley currently represents four other plaintiffs in lawsuits against the Archdiocese of Chicago - she filed three in early 2015 on behalf of victims who allege McCormack sexually abused them during their participation in an after-school program, which was ironically named 'S.A.F.E.’ (St. Agatha’s Family Empowerment).

Chicago-based attorney, Lyndsay Markley (www.lmarkleylaw.com) has dedicated her legal practice to fighting on behalf of persons who suffered injuries or death as the result of the wrongful or careless conduct of others. Lyndsay set up her own law practice in February 2014 and previous to this, was an equity shareholder at another established Chicago law firm.