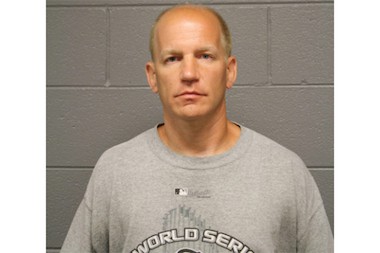 Chicago, May 18 2015 – A man who alleges he was sexually abused as a child by the defrocked priest Daniel McCormack, has settled his claim with the Archdiocese of Chicago for $1.25 million.

Represented by Eugene K. Hollander of Chicago, the victim who is now in his late 20s, claims he was repeatedly sexually assaulted by Daniel McCormack while he was a fourth and fifth grade student at St. Ailbe’s Catholic Church.

The victim claims to have suppressed the memories of abuse during his childhood until he heard the story break about the Jerry Sandusky scandal in 2011. At that time, the man began to remember the incidents of abuse and, represented by Eugene K. Hollander, the victim filed a lawsuit in the Circuit Court of Cook County in 2012.

The settlement took place prior to a planned trial which was scheduled for May 26, 2015. Eugene K. Hollander was seeking for McCormack to attend the trial as well as an evidentary hearing to pursue a punitive damage claim.

“Every aspect of my client’s life has been affected by what happened - his childhood was taken away. The victim is still in therapy to cope with the issues regarding the abuse, and constantly relives what happens to him. While it has been a difficult journey, my client refused to suffer in silence. Hopefully with the proceeds of the settlement, he can begin to put his life back together," Hollander said.

Unlike most of the sexual abuse claims involving McCormack, this man’s claim was unique, because it occurred at McCormack’s first pastoral assignment. (McCormack was assigned to St. Ailbe’s from 1994-1997). He subsequently pled guilty to five charges of criminal sexual abuse, but not in relation to this case. McCormack remains at a mental health facility downstate where the state has begun involuntary commitment proceedings against him.