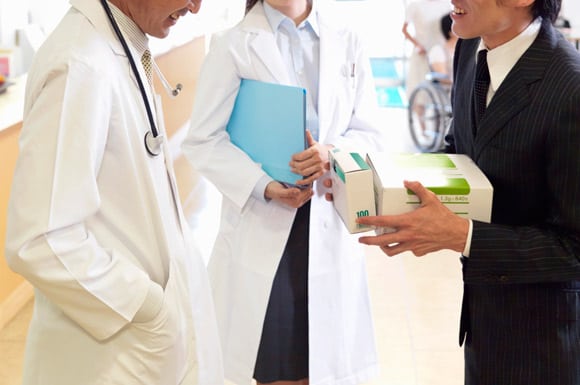 Prescription drugs are “often advertised and sold in a manner similar to other consumer goods, implicating the need for the protection."

This recent decision removes barriers to lawsuits against pharmaceutical manufacturers, recognizing that state consumer fraud statutes can be applied against the defendant, Medicis, and similar drug manufacturing companies. The trial court originally granted Medicis' motion to dismiss the case entirely, but a sea change took place on the appellate level, where the Court of Appeals reversed.

The appeals court, in a three-judge panel, rejected Medicis's argument that pharmaceuticals should not be deemed merchandise products under the CFA, finding that prescription drugs are “often advertised and sold to consumers in a manner similar to other consumer goods, implicating the need for the protection of the CFA.”

The court found Watts had effectively stated a claim by alleging Solodyn's labeling and promotional materials had “affirmatively and falsely” misrepresented the drug's safety, and that she relied on those statements.

The appeals court then turned to the "learned intermediary doctrine," which shields a manufacturer from liability for failure to warn when it provides a proper warning to the specialized class of people, such as doctors, who are authorized to sell, install, or provide the product.

After considering the doctrine in the context of the Uniform Contribution Among Tortfeasors Act (UCATA), the court concluded “that protecting a prescription drug manufacturer from possible liability for its own actions in distributing a product, simply because another participant in the chain of distribution is also expected to act, is inconsistent with UCATA.” The UCATA abolishes joint and several liability, which prevents “a partially responsible defendant from being held liable for the damages by his co-defendant.”

Importantly, the learned intermediary doctrine has been entirely quashed in the state of Arizona, not just with respect to pharmaceutical manufacturers. The consequences of this decision are as of yet unknown, as it will be up to juries to determine where liability should be placed. As DRI Today noted, “Juries may well re-affirm what the learned intermediary doctrine always assumed – that doctors and other learned intermediaries alone must be responsible for failing to communicate the warnings that they receive – or they could open a new avenue of liability for manufacturers who can no longer rely on doctors' and other intermediaries' duties to warn consumers."