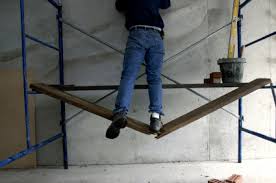 The Arizona Supreme Court today ruled that a widow should get interest on her late husband's worker's compensation claim.

Although Arizona’s Workers’ Compensation Act does not mandate the payment of interest on benefits not timely paid, the state supreme court court has held that the general interest statute, A.R.S. § 44-1201, applies to workers’ compensation awards.

Today the court ruled that death benefits under A.R.S. § 23-1046 are liquidated, and interest on them accrues from the time a carrier receives notice that a survivor has filed a claim with the Industrial Commission pursuant to A.R.S. § 23-1061(A).

Died from his injuries

Charles Stenz suffered an on-the-job injury in 2005 for which he filed a claim with his employer’s insurance carrier, Pinnacle Risk Management. Pinnacle accepted the claim and paid the benefits. In 2009, Stenz died. Alleging that his death resulted partly from the 2005 injury, Stenz’s widow filed a claim for death benefits under A.R.S. § 23-1061(A). The claim was filed with the Industrial Commission on September 21, 2009.

Pinnacle received notice of the claim on October 21, 2009 and it denied the claim. An Administrative Law Judge (“ALJ”) upheld the denial, but the court of appeals set aside that award. After a new hearing, the ALJ issued an award granting death benefits. In 2013, nearly four years after Mrs. Stenz filed her claim, the ALJ entered a final order affirming the award. Pinnacle paid the benefits dating back to Stenz’s death, but did not pay interest on the unpaid benefits.

Mrs. Stenz requested a hearing pursuant to A.R.S. § 23- 1061(J), alleging that she was owed interest on unpaid death benefits from the time the claim was originally filed until the award was ultimately paid. The ALJ ruled that no interest was owed on the death benefit before the award became final in 2013. The court of appeals set this ruling aside, concluding that the claim was liquidated as of the date Pinnacle received notice of it. Stenz v. Indus. Comm’n, 236 Ariz. 104, 336 P.3d 737 (App. 2014).

The Arizona Supreme Court ruled that a claim for death benefits filed pursuant to A.R.S. § 23-1046 is a liquidated claim and interest is owed on the claim from the date on which the carrier receives notice of the claim. Accordingly, it vacated the opinion of the court of appeals and set aside the ALJ’s award denying Mrs. Stenz relief.