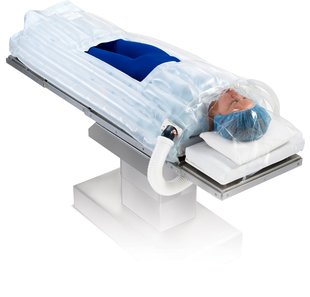 Bair Hugger was invented by an anesthesiologist and received FDA approval in 1998. The intended purpose was to keep patients warm during surgery and decrease recovery time.

The blanket pushes warm air through a hose into the blanket draped over a patient. The device disruptew positive airflow in the surgical room. It is alleged that some of the contaminants were pulled from the surgical floor and then blown out through the hose into the patient’s blanket.

In surgeries where this device was used, patients were diagnosed shortly later with a deep joint infection or surgical methicillin-resistant Staphylococcus aureus (MRSA).

Most patients required a second surgery to address the infection. Some patients have complained of multiple revisions, amputation, longer hospitalization, and physical therapy.

There have been at least 14 lawsuits filed against 3M and its subsidiary Arizant Healthcare that blame the medical device for serious injuries after operations.

A Texas man filed suit in 2013 against the manufacturer after a hip replacement in 2011. The device caused an infection so severe, that it required 15 additional surgeries and removal of the hip replacement. This lawsuit alleges the device was defective due to inadequate warnings and lack of pre and post market testing.

A Kansas resident filed suit in early 2014 after he developed MRSA following a knee replacement surgery.

A Bair-Hugger plaintiff filed a motion with the U.S. Judicial Panel on Multidistrict Litigation to centralize all the lawsuits, arguing it would reduce discovery, increase consistent rulings, and preserve the courts resources.

Sales of the medical device continue and the manufacturer claims the system is “safe and effective.”

Neither of the lawsuits filed have been settled or gone to trial. However, the number of lawsuits filed may continue to rise as more people learn about the device.