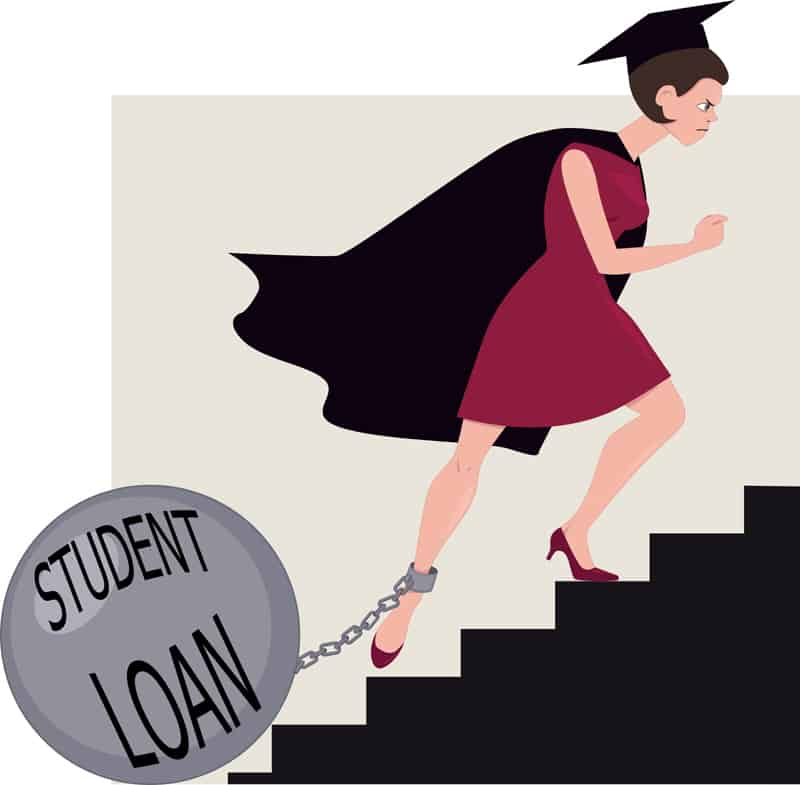 A bankruptcy court for the Eastern District of New York has ruled that a former law student’s bar study loan can be discharged in bankruptcy because the loan is not an educational benefit.

The court did, however, dismiss the student’s claims that the lenders misrepresented the legal obligations of the lender and borrower in the loan by fraudulently misrepresenting the loan as a student loan, which cannot be discharged in a bankruptcy.

While a student at Pace University Law School, then-student Lesley Campbell applied for and received bar loan for $15,000 in April 2009.  Campbell, who did not pass the bar, had nearly $300,000 debt, according to the Wall Street Journal.

After graduation, Campbell worked as a secretary earning $49,000 a year and made payments to the bar loan until June 2012.  She filed for Chapter 7 bankruptcy in November 2014.  Campbell received a discharge in March 2015, but the bar loan was not discharged.

Campbell asserted five claims against five lenders including Citibank, N.A. and The Student Loan Corporation.  Campbell sought a determination of the dischargeability and a declaratory judgement that the bar loan is dischargeable.

Bar Loan not an educational benefit

The court discussed that other courts have interpreted “educational benefits” to encompass any loan which relates in some way to education, but wrote that if the term extended to all education-related loans, then it would “swallow” provisions in the statute that specifically identify the particular loans by particular lenders that are excepted from discharge.

The court wrote that the bar loan, unlike an educational loan, was a private consumer loan that required a consumer credit application evaluated through a credit-scoring model.  The lenders argued that the loan was an educational benefit because eligibility was dependent on Campbell being a law student.

The court found this argument, and the case law the lenders relied on unpersuasive, writing that the underwriting standards requiring an applicant to be a law student “does not turn an arm’s length consumer credit transaction into” an educational benefit within the meaning of the statute.

The court wrote further that loans provided tuition reimbursement on a condition of continued service to a company that are nondischargeable, do not apply to the bar study loan because it is not a conditional loan.  The court found that the bar loan was not an educational benefit under the bankruptcy code, and does not fall within its exceptions to discharge.

The case is Lesley Campbell v. Citibank, N.A., et. al., case no. 14-45990-CEC, in the United States Bankruptcy Court in the Eastern District of New York.