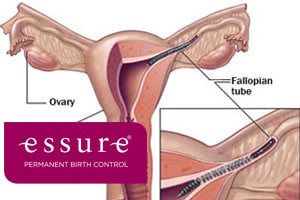 A Florida woman who was the first to file a lawsuit against Bayer for negligence and breach of express warranties concerning the Essure birth control device, has led the way for litigation by others who were severely injured by the implanted device.

The lawsuit, filed in Philadelphia County court, is not a products liability case, but an action for negligence because Bayer did not provide training to the physician on how to insert the device safely.

A motion for judgment on the pleadings has been filed in the case.  Depending on the outcome of this case, if the court rules that the conditional approval for Essure is no longer valid, the many other women injured by its use may also be able to bring a cause of action against Bayer.

Doctor with no training

Heather Walsh obtained the Essure implant from a physician who did not receive any training from Bayer on how to insert the device.  The device – a coil made of stainless steel, titanium and plastic -- is inserted into the fallopian tubes.  The coils expand and scar tissue forms around them blocking the fallopian tubes and resulting in sterilization, according to the complaint

Walsh was hospitalized for severe pain and fainting spells two years after getting the implant.  A CT scan revealed the device had migrated in her body and lodged behind her colon.  Walsh underwent a complete hysterectomy and other surgeries to remove the device from her colon.

Walsh is not alone, as more than 4,000 reports of serious complications from use of the Essure device have been reported to the FDA, including the report of woman who died during surgery to remove the implant in January 2015.

Angie Firmalino received the implant in 2009 and after two years, had it removed because the coils broke and migrated to her uterus.  Firmalino required several operations including a hysterectomy.  She started a Facebook page to warn other women about the dangers of the device, which now has more than 17,000 followers.

Although Essure has been in use since the FDA issued a Conditional Premarket Approval (CPMA) in 2002, Walsh brought the first Essure lawsuit against Bayer in 2014. The Medical Device Act (MDA) contains a preemption provision that prevents lawsuits for injuries caused by medical device manufacturers for devices that received pre-market approval from the FDA.

In the complaint Walsh filed, she claims that her negligence and breach of express warranties claims are not preempted by the MDA because the “cause of action has nothing to do with the product itself, but rather [Bayer’s] negligence in” allowing an untrained physician use specific equipment provided by Bayer, that the physician was not qualified to use when he erroneously implanted the device, according to the court documents.

In addition, the complaint asserts that the CPMA issued by the FDA was invalid because Bayer did not comply with the express conditions set by the FDA.

According to the complaint, the FDA and the Department of Health cited Bayer and invalidated the CPMA for its failure to report results from Essure trial studies, including failure rates.  It also “actively conceal[ed] [eight] perforations” resulting from Essure implantations.

Bayer was also required to notify the FDA when it took ownership of Essure from its previous manufacturer, Conceptus.  Because of Bayer failing to meet the conditions of the CPMA order, the complaint states that the FDA found that Essure is an “adulterated” product that violates the FDA order if it is marketed or sold.

Product pushed on physicians without training

The complaint also alleges that Bayer was neglectful in its “unreasonably dangerous distribution plan” because it failed to provide training to physicians on the insertion method of the device.