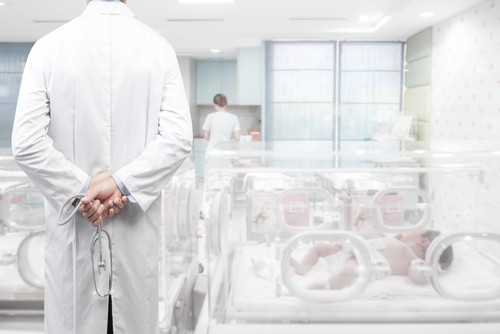 The birth of a child is typically one of the most joyful occasions in a parent’s life, but what happens when medical staff are negligent and celebration turns to tragedy?

Approximately 120,000 infants or one out of every 33 infants in the United States is born with birth defects every year, according to the Centers for Disease Control (CDC).  A complex mix of factors cause birth defects, which can include medical negligence and malpractice at birth.

Medical malpractice can result in birth defects such as cerebral palsy, kernicterus, erb’s palsy and other developmental delays. Injuries caused during labor, typically from asphyxia or hypoxia -- a lack of oxygen or blood flow to the brain and injuries from trauma -- can be caused by a doctor’s improper use of a vacuum or forceps during delivery.

According to the March of Dimes, infants are more likely to be at risk for birth defects during labor or birth if an infant:

These conditions can result in additional birth defects if the doctor is unaware or fails to respond properly to them.

A Woodlawn, MD, family was awarded $2 million for their daughter’s cerebral palsy.

The OB-GYN, Dr. Meera A. Rawtani, mistakenly delivered Maria Abid prematurely, believing she was at 36 weeks gestation, instead of 33 weeks. Maria was diagnosed with under-developed lungs and respiratory problems after her delivery.

The miscalculation resulted in the failure to administer steroids that would have increased the capacity of Maria’s premature lungs. Maria’s medical records were also changed “after the fact” to show she was fully developed at birth.

Hospital's deviation from standard of care

Hospital staff in Gainesville, GA, failed to seek the help of an on-call obstetrician and emergency resuscitation team for an infant born with his umbilical cord wrapped around his neck. They were held liable for $8.45 million.

While in utero, a fetal monitor revealed that Jakob Medley experienced "a period of insufficient oxygen or blood flow” as indicated by “drops in his heart rate," according to the court ruling.  The hospital staff's severe delay in notifying the on-call obstetrician and emergency resuscitation team caused Jacob's severe brain injuries including cerebral palsy at his birth.

A Chester County, PA, jury awarded an infant and her family $32.8 million for Lillian Proffitt's injuries at birth causing brain damage that led to the child's spastic quadriplegic cerebral palsy. Nurses at the Phoenixville hospital where Lily was born failed to inform the physician of fetal heart monitors indicating she suffered a heart deceleration that became a bradycardia, a life-threatening condition.