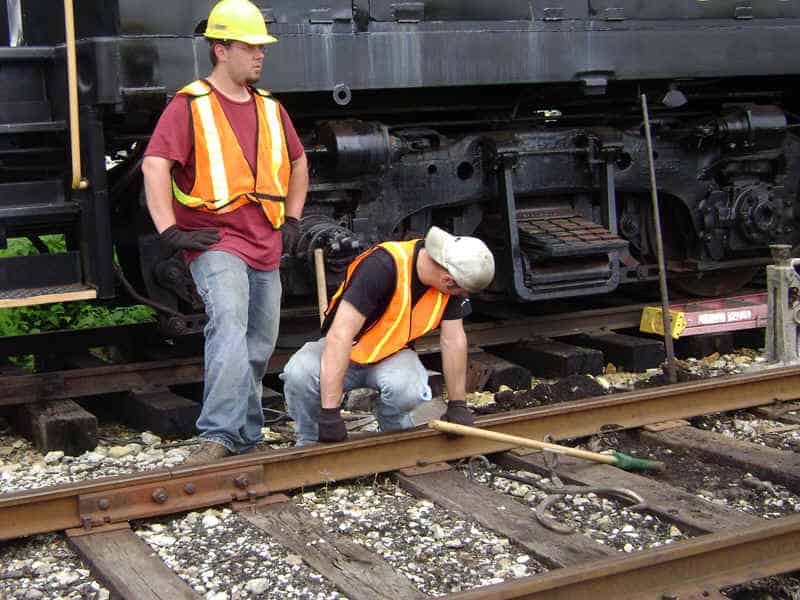 The court rejected BNSF’s argument that Mitchell was contributorily negligent for not seeking earlier medical attention for his temporary and intermittent aches and pains.

An Illinois appellate court upheld a $1,779,000 jury verdict in favor of a railroad trackman who suffered disabling cumulative trauma neck injuries after working over 14 years as a track laborer for BNSF Railway Company.

On appeal, BNSF argued that trackman George Mitchell’s claim was time-barred under the FELA’s three-year statute of limitations. The railroad claimed that Mitchell was put on notice of his injury from the very beginning of his career when he experienced temporary and intermittent aches and pains in his neck when using railroad track tools and equipment.

One of his jobs in track maintenance was to use a claw bar to remove spikes from railroad ties. Sometimes, the claw bar would slip off of the spike. The plaintiff testified that, when the claw bar would slip, his hands would go down quickly and his neck would pop. When that would happen, he would have a whiplash sensation in his neck and he would see stars. He testified that would happen on average about once a month.

From the beginning of his employment, Mitchell would experience temporary soreness in his neck, arms, and hands. He would take a few ibuprofens and hope to feel better the next day. He never missed a day of work because of the soreness. He first experienced numbness and tingling in his arms and hands in late 2007. Unlike the previous soreness, these symptoms did not go away.

Lawyers from the firm Schlichter Bogard & Denton report that the appellate court for the Third District of Illinois rejected the railroad’s argument, noting that Mitchell was not diagnosed with a herniated disc until shortly before he filed suit in December 2009.

The court held on May 28, 2014 that there was a complete absence of evidence from which Mitchell reasonably should have known before December 2006 that he had a herniated disk in his neck. The appellate court concluded that the “injury that was unknown and undiscoverable until 2008 (or, at least until late 2007 when the nerve symptoms first appeared).”

The court also rejected BNSF’s argument that Mitchell was contributorily negligent for not seeking earlier medical attention for his temporary and intermittent aches and pains, which the railroad claimed would have mitigated his neck injury. The court explained that BNSF did not point to any testimony or evidence at trial making a causal connection between Mitchell’s reports of transient pain and his subsequent herniated disc and nerve damage symptoms.

Although BNSF may seek discretionary appeal from the Illinois Supreme Court, by law, post-judgment interest continues to accrue at the rate of 9%. Accordingly, the judgment has grown to an amount exceeding $2 million.