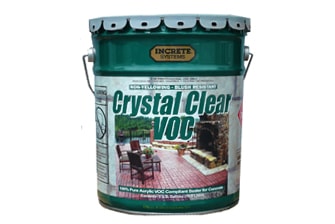 A Cook County, Illinois, jury awarded a man $10,875,622 for second and third degree burns he suffered from an explosion in his home caused by the vapors of a concrete sealer he used in his basement.

The plaintiff Andrzej Plizga and his wife Katarzyna were represented by National Trial Lawyer Top 100 attorney Matthew Passen of the Passen Law Group in their lawsuit against the Euclid Chemical Company, manufacturers of the Crystal Clear VOC concrete sealer

Andrzej Plizga was using Crystal Clear VOC concrete sealer to seal the basement floor of his home.  The vapors from the sealer spread to a utility room in the home and were ignited by a water heater pilot light, causing the explosion that burned 65% of Plizga’s body.  The burns, mostly on his arms, legs and torso, required several skin graft surgeries and $1 million in medical expenses.  Also due to his injuries, Plizga is not able to return to his previous work as a brick layer.

In the product liability action against Euclid Chemical Company, Plizga concedes that the label on the containers of the sealer label it as “combustible” and contained a substantial amount of cautionary language such as “WARNING! FLAMMABLE” but warnings failed to comply with the Federal Hazardous Substances Act label requirements and state law requirements.

Plizga also asserted that the company’s use of acetone in the sealer formula was wrongful and based on profit gains even though safer alternatives solvents can be used, and are actually used in other products.  Plizga also proved that the warning label did not meet industry standards and did not properly warn consumers that their home’s water heater can possibly ignite liquid vapors, even though chemical manufacturers have substantial knowledge of this hazard.

The manufacturer argued that Plizga’s claim should have been rejected because he assumed the risk of using the product which was labeled “For Professional Use Only.”  It also argued that Plizga ignored warnings to read the Material Safety Data Sheet and product label before use, but Plizga said that he was never given a manual or instructions when he purchased the sealer, according to the Cook County Record.com.

Plizga was awarded $2.7 million for his medical bills and lost wages.  More than $8 million was awarded pain and suffering, loss of normal life, loss of society and disfigurement.

The case is Andrzej Plizga and Katarzyna Plizga  v. The Euclid Chemical Company,  Case No. 10 L 14488 in the Circuit Court of Cook County, Illinois.