Businesses Subject to Thousands in Fines for Illegal Wi-Fi Blocking 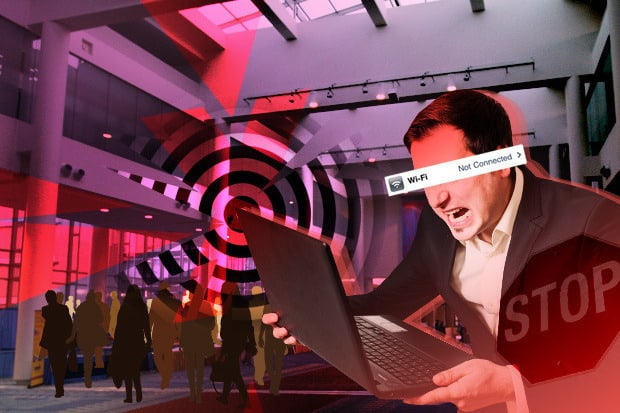 The FCC has put the nation’s major hotel chains, restaurants and other big businesses on notice: Wi-Fi hotspot-blocking is “patently” illegal. The FCC’s most recent example since its January announcement to pursue these consumer complaints is the largest corporation yet: Hilton Worldwide Holdings, Inc.

A consumer complaint – similar to those lodged against other big businesses – alleged that Hilton was blocking visitors’ Wi-Fi at an Anaheim, California location. The complaint further alleged Hilton forced hotel guests to pay a $500 fee just to access Hilton’s Wi-Fi. Additional complaints alleged similar Wi-Fi blocking at many Hilton-brand properties

The FCC Enforcement Bureau sent Hilton a letter of inquiry in November 2014. The Bureau’s letter requested specifics regarding Wi-Fi management practices at various Hilton-brand properties in the United States. Now, one year later, Hilton has yet to provide the FCC with the requested information for the vast majority of its properties.

The FCC proposed a $25,000 fine against Hilton for “apparent obstruction of an investigation into whether Hilton engaged in the blocking of consumers’ Wi-Fi devices." The proposed fine against Hilton includes a demand by the FCC requesting the hotel giant immediately provide the essential information about its Wi-Fi practices. The FCC also warned Hilton that it may face significantly higher fines for continued obstruction or delay.

Hilton is not the first hotel chain to receive a fine, and this recent number pales in comparison to the FCC’s previous reprimands. The Commission received a complaint in March 2013 from a patron of Nashville, Tennessee’s Gaylord Opryland Hotel. The individual alleged the Gaylord Opryland was “jamming mobile hotspots so you can’t use them in the convention space.”

The FCC’s Enforcement Bureau launched an investigation into the Wi-Fi practices of Marriott, which has managed the day-to-day operations of the extravagant hotel since 2012. The Bureau found the Marriott had used features in a Wi-Fi monitoring system to contain and/or de-authenticate guest-created Wi-Fi hotspot access points in the conference facilities.

The investigation revealed Marriott employees would even send de-authentication packets to the targeted convention center access points to dissociate consumers’ devices from their own personal Wi-Fi hotspots. This practice disrupted consumer communications, transmissions, and overall cell phone use throughout the entirety of convention attendance. At the same time Marriott engaged in these practices, it charged convention exhibitors and other attendees anywhere from $250 to $1,000 per device just to use the Gaylord Opryland Wi-Fi service.

In a public October 2014 release, the FCC announced Marriott agreed to pay a $600,000 civil penalty to resolve the unlawful Wi-Fi blocking it engaged in. Still yet, the FCC’s fines do not stop there. The Commission announced a $718,000 fine against M.C. Dean, one of the nation’s largest electrical contracting companies, earlier this month.

The FCC investigated systems integrator M.C. Dean for blocking Baltimore Convention Center visitors’ personal mobile hotspots. Exhibitors who tried to use their own data plans at the convention center to connect to the Internet were instead forced to pay M.C. Dean substantial fees to use the company’s Wi-Fi service. Trade show and convention telecom services provider Smart City Holdings LLC was fined $750,000 for Wi-Fi blocking at several sites in August.

The Commission has made it clear: there is absolutely no excuse for business establishments to block Wi-Fi personal hotspots while charging fees. Hoteliers, service providers and restaurants have been put on notice by the FCC to shape up, stating, “The Commission again urges hotels, convention centers, and other commercial establishments to review their practices to ensure that there is no unlawful blocking of Wi-Fi communications.”