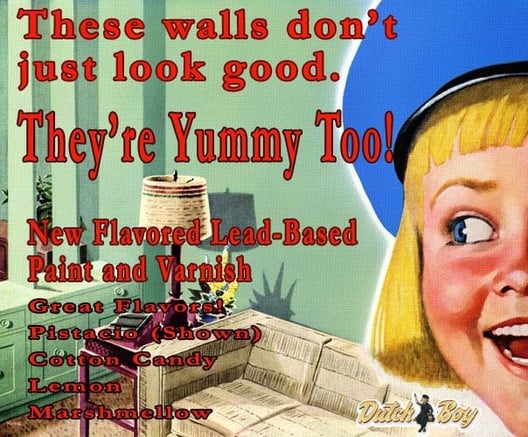 One paint company campaigned against the regulation of lead in paint and actively promoted the use of lead in homes, despite knowing that lead paint was highly toxic.

A California judge has ruled that three paint companies created a public nuisance by concealing the dangers of lead in their products and ordered the defendants to create $1.1 billion abatement fund.  In his order, Santa Clara Superior Court Judge James Kleinberg further said the defendants, ConAgra Grocery Products Co., LLC, NL Industries, Inc., and The Sherwin-Williams Company also campaigned against the regulation of lead in paint and actively promoted the use of lead in homes, despite knowing that lead paint was highly toxic.

In his January 7, 2014 Statement of Decision, Judge Kleinberg ordered the defendants to pay the State of California $1,150,000,000 to an abatement fund to be administered by the state’s Childhood Lead Poisoning Prevention Branch.  Ten cities and counties in California brought the lawsuit against the paint companies.  They were assisted by Cotchett, Pitre & McCarthy, LLP, the Law Office of Peter Earle, Mary Alexander and Associates and Motley Rice, LLC.  National Trial Lawyers Top 100 member Joe Rice, co-founder of Motley Rice, said “The final decision by Judge Kleinberg reinforces what we believe and stand behind every day – that companies that knowingly promote hazardous products and therefore create a public nuisance should be held accountable for their actions.”

"This decision will help to ensure that children in California will not be poisoned from lead paint in their homes and can grow up to be the very best and brightest they can be," said Dr. David Jacobs, who developed the abatement plan presented at the trial, and identified the state-of-the-art proven and practical methods that will be used to ensure the work is done safely and effectively. Dr. Jacobs is the Research Director at the National Center for Healthy Housing and an Adjunct Associate Professor at the School of Public Health at the University of Illinois at Chicago. He previously directed the nationwide Lead Hazard Control Program at HUD from 1995-2004.

The federal government outlawed the use of lead in paint for residential purposes more than 35 years ago.  According to the Centers for Disease Control (CDC) and California’s Childhood Lead Poisoning Prevention Branch, lead paint is the primary cause of lead exposure for children who live in older homes.  The California Legislature has declared that “childhood lead exposure represents the most significant childhood environmental problem in the state today.” (Health & Saf. Code, § 124125).  According to the CDC, lead causes permanent neurological damage to children, decreasing IQ and causing other serious health consequences.