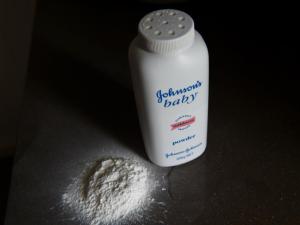 A jury in Los Angeles today awarded $417 million to a 63-year-old woman who developed ovarian cancer after using the Johnson & Johnson's talc-based products like Johnson's Baby Powder for feminine hygiene.

The case is Eva Echeverria v. Johnson & Johnson, No. BC628228 in Los Angeles County Superior Court. The verdict included $70 million in compensatory damages and $347 million in punitive damages.

The jury held J&J liable for failing to warn Echeverria about the cancer risks of using its talcum products, which she started using when was 11. She was diagnosed with ovarian cancer in 2007.

In his opening statement, Escheverria’s attorney Mark Robinson asserted that Johnson & Johnson had known of the alleged link between talc and ovarian cancer for decades, but decided to withhold warnings from the public to protect its image.

During the trial, Jack Siemiatycki, an epidemiologist with the University of Montreal and McGill University, testified about his contributions to the 2006 monograph published by the International Agency for Research on Cancer, which said talc is a possible human carcinogen. He also testified that his stance has changed since then, and that he now thinks that it is more likely than not that talc can cause ovarian cancer.