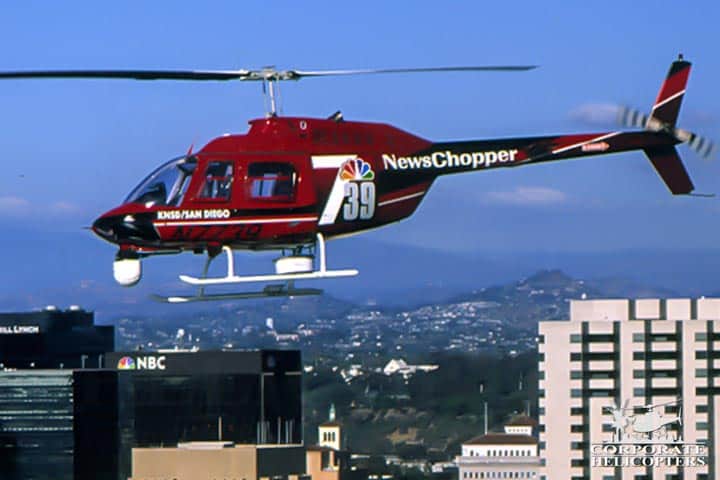 The Ferguson Police Department’s efforts to throw a blanket over the ability to cover from the air will be seen as what it is: a blatant attempt to keep from public review what is happening on the streets or Ferguson​.

Can the Ferguson, MO, police restrict access to news helicopters?

Absolutely not. That is the only answer that can be given to Ferguson Police Department's suggestion that they might once again curtail media access by limiting the airspace for news helicopters over Ferguson. Now we know that’s just what just happened in the days after the protests (and militaristic police mobilization) after the shooting of Michael Brown.

While any police department has the right to regulate access under certain public safety conditions, the wholesale ban of helicopter access is completely inappropriate. It is unheard of to suggest such overbroad restrictions on the press, and therefore the public, access to an event. From train wrecks to fires, from car accidents to hostage situations -- the press, as the surrogate for the public -- has the right to view the entirety of the circumstances.

That right is even more sacred, and more necessary, in an event that registers a national interest, as is the case in Ferguson. Where there is mistrust for authority, democracy demands transparency. And there is definitely distrust in Ferguson. The Ferguson Police Department has failed to handle several opportunities to take a leadership role in guiding the community through these troubling times.
It took weeks for the chief to discuss the issue of why Mike Brown's body was in the street for almost four hours. It was still never done in a way that explained how much of that time was necessary from a forensic perspective. An early statement by the police would have gone very far in explaining, and apologizing, for that one event.

The chief's decision to release footage of Mike Brown before the shooting was equally insensitive and showed a lack of awareness of the significance of what was happening in Ferguson during the critical first days of unrest. While there are arguments for and against the need for a strong police presence during times of civil unrest, the Ferguson Police Department’s failure to reach out to community leaders early in the process was another failing.

In this context, the only explanation for the Ferguson Police Department’s efforts constrain the press is this: It is a juvenile attempt to minimize the media's coverage of their controversial handling of this international news event.

Ferguson, Saint Louis County, and the State of Missouri certainly have the right to regulate the media's decision to take to the air as part of their reporting process -- but they cannot deny it. The Ferguson event is not so unique as to require a complete ban on such coverage; rather, it is the type of event that demands complete, transparent, and unfettered coverage.

We already know that the Ferguson community is concerned that the underlying investigation has occurred without transparency and that the grand jury is deliberating behind closed doors. The Ferguson Police Department's efforts to throw a blanket over the ability to cover from the air will be seen as what it is: a blatant attempt to keep from public review what is happening on the streets or Ferguson​.