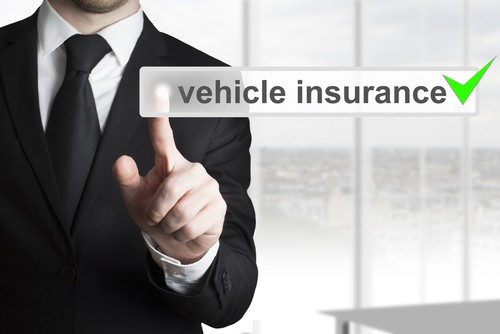 By Matt A. Dolman and Julia N. McGrath.

Victims of collisions caused by uninsured and underinsured motorists driving rental vehicles have little remedy for their injuries because of the misleadingly-named Safe, Accountable, Flexible, and Efficient Transportation Equity Act. This injustice will continue until state legislatures follow the lead of California and Texas, and pass a statute requiring owners of motor vehicles to carry minimum bodily injury coverage.

The law includes a provision known as the “Graves Amendment,” 49 U.S.C. § 30106, which calls for preemption and abolition of any state statute or common law precedent that held rental or leasing agencies vicariously liable for their driver’s negligence, except when the owner itself was negligent or engaged in criminal wrongdoing.

It is well settled in Florida that automobiles fall within the purview of the dangerous instrumentality doctrine and that an owner of a motor vehicle can be held vicariously liable for damages caused by the permissible use of a driver of the vehicle. This type of vicarious liability was also historically applied to rental car companies when their lessees were negligent and caused injury to others.

The rationale is that the vehicle owner is the financially responsible party and thus should bear the burden of paying for the damages. Accordingly, a lessor of rental cars may bear financial responsibility for astronomical damages as the result of the negligence of the lessee caused. This caused the Florida legislature to enact Section 324.021, Florida Statutes, Florida’s “Financial Responsibility” Laws -- limiting the financial liability of lessors and owners of vehicles who lease or lend their cars to permissive users.

Become a fan of Matt Dolman and Julia N. McGrath. Check out their NTL articles:

Defending Against Intrusive Discovery by the Defense

Five Ways to Survive a Daubert Challenge against Your Expert

Section 324.021(9)(b), Florida Statutes, caps the financial liability of lessors and owners who rent or lend their vehicles to permissive users. As long as the lessee or operator has insurance coverage of $500,000 combined for bodily injury and property damage, the lessors’ liability is limited to $100,000 per person, $300,000 per occurrence, and $50,000 for property damage.

But even with those laws that placed a ceiling on the amount of damages a lessor could be held vicariously liable for, rental car companies were still required to pay substantial sums in judgments prior to the enactment of the Graves Amendment. The rationale is that the financially responsible party should bear the burden of paying for the damages that result from the negligence of the driver. Moreover, doing so provides an incentive for rental car owners and lessors to take particular care when determining who to rent a vehicle.

Lawyers representing individuals who were injured as the result of a rental car driver’s negligence understood the significance of being able to pursue the rental car company in tort for the injuries sustained. Especially in a state like Florida, where there are an alarmingly high number of uninsured drivers on the roadways, holding the rental car company liable under those circumstances was often the only way the victim could be compensated for her injuries. However, in one fell swoop, the potential avenue for recourse outlined in Section 324.021(9)(b), Florida Statutes was preempted upon the passage of the Graves Amendment.

A free pass for rental companies

The Graves Amendment provides in the pertinent part that,

(1)   the owner (or an affiliate of the owner) is engaged in the trade or business of renting or leasing motor vehicles; and

(2)   there is no negligence or criminal wrongdoing on the part of the owner (or an affiliate of the owner).

The Graves Amendment does include the following savings clause in section (b):

Interestingly, the Graves Amendment was passed without Congress making any official findings. Missouri Representative Sam Graves, for whom the amendment was named, argued that rental costs were increasing for all consumers as a result of rental car owners being held vicariously liable for the negligence of their drivers.
Also unsettling is the fact that under the Graves Amendment, there is no provision that requires uninsured drivers to buy insurance from rental companies, and in fact it is not uncommon for companies to rent to uninsured motorists. In tourist-heavy states like Florida, it is quite possible for foreign drivers who lack automobile insurance to rent cars and cause collisions that leave the injured without recourse.

Courts have reasoned that the savings clause contemplated situations in which states required “either liability insurance or a functionally equivalent financial arrangement.” Unfortunately, as is illustrated through the case law outlined below, Florida’s vicarious liability regime is not considered a financial responsibility regulation.

In Garcia v. Vanguard Car Rental USA, Inc., the Eleventh Circuit Court of Appeals held that the Graves Amendment preempted Florida’s vicarious liability law and that Congress’ promulgation of the amendment was constitutional. 540 F.3d 1242 (11th Cir. 2008). In Garcia, Vanguard Car Rental rented a car to Davis in Orlando. It was undisputed that Vanguard was neither negligent nor at fault when it rented the vehicle to Davis. Davis subsequently caused a three-car collision that resulted in two deaths and severe injuries to another. Vanguard then moved for a declaratory judgment and the district court granted summary judgment in Vanguard’s favor, finding that the Graves Amendment validly preempted all the vicarious liability claims against it.

In analyzing the conflict between the Graves Amendment and Florida Statute 324.021(9)(b), the court reasoned that if that section fell within the savings clause, then the statutory terms of the Graves Amendment would be superfluous and the exception would swallow the rule. Because the Florida statute merely induces but does not require rental companies to ensure that lessees have the requisite amount of insurance coverage, the court held that the statute did not qualify as a “financial responsibility law” under the Graves Amendment.

Two subsequent Supreme Court of Florida decisions also made clear that the Graves Amendment preempts both section 324.021(9)(b)(1) and (2)—the difference between the two provisions being that section (2) applies to rental and leases of vehicles for less than a year, whereas the former section applies to rentals and leases for a duration of one year or longer.

Two years later, the Supreme Court of Florida found that the Graves Amendment also preempted section 324.021(9)(b)(1) Florida Statutes (defining when a long-term lessor (over a year) remains the owner of a leased motor vehicle and is thereby subjected to vicarious liability for damages caused by the vehicle under Florida’s dangerous instrumentality doctrine). See Rosado v. Daimler Chrysler Fin. Services Trust (Case No. SC09-390 (FL. S.Ct., Apr. 4, 2013). These decisions left little doubt as to the significance that the Graves Amendment has on Florida tort law.

Minimum mandatory coverage is not enough

Section 324.021(7), Florida Statutes, does mandate an operator of a motor vehicle carry a minimum of $10,000 bodily injury, $20,000 single crash and $10,000 property damage insurance coverage after a collision involving bodily injury or risk the suspension of his license and all registrations of his vehicles. This provision passes scrutiny under the Graves Amendment. See Kumaarsingth v. PV Holding Corp., 983 So. 2d 599 (Fla. 3d DCA 2008) (recognizing that the statutory minimum financial responsibility requirement of the above statute still applied after the codification of the Grave’s Amendment).

However, this minimum mandatory is little comfort to someone who suffers a catastrophic injury as the result of the negligence of an uninsured driver who rents a car in Florida. In that case, the rental car company’s only obligation may be to pay the minimum of the policy. Unless the rental car company was itself negligent—for example, in failing to verify that the lessee has a valid driver’s license—there is no further recourse against the rental car company for the injured party.

The problem is of course that rental car drivers, including those living out of the United States, do not have to meet any minimum insurance requirements. When those drivers are the same ones who cause your client’s serious injuries as the result of negligence, lawyers are often left having to delicately explain the lack of recourse to the client.

It is now clear that the Graves Amendment preempts section 324.021(9)(b), Florida Statute in its current form, and that the legislature has yet to pass a bill requiring motor vehicle owners to carry minimum bodily injury coverage. Accordingly, educating drivers on the importance of having uninsured and underinsured motorist (UM) coverage is critical in order to protect your clients as well as other drivers on the road.

Matt A. Dolman is a member of The National Trial Lawyers top 100 trial lawyers. He and Julia N. McGrath are attorneys practicing at the Dolman Law Group in Clearwater and Bradenton, FL. Matthew is a member of The National Trial Lawyers. He has extensive experience handling first- and third-party insurance claims of all types and, more specifically, claims in the following injury areas: automobile accidents, wrongful death, catastrophic injury, spinal cord injuries, brain injuries, plus violations of Florida’s Consumer Collection Practices Act and asset protection for Florida physicians.