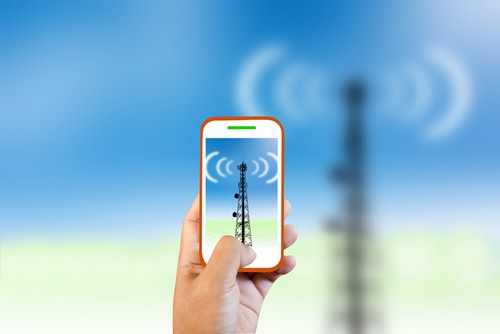 The U.S. Court of Appeals for the Fourth Circuit ruled that a warrant is required to get historical cell phone information.  It said that obtaining a civil court order under the Stored Communications Act (SCA) violates the Fourth Amendment.

The circuit court highlighted the conflict between the circuit courts on the constitutionality of obtaining information without a warrant. Earlier this year in U.S. v. Davis, the 11th Circuit Court of Appeals, relying on Fifth Circuit case law, upheld the use of cell phone records to convict a man of armed robbery.

Aaron Graham and Eric Jordan were convicted for a series of six armed robberies of several businesses in the Baltimore City, Maryland that occurred during January 17, 2011 to February 5, 2011.

After their arrests, police obtained search warrants for Graham and Jordan’s residences, and the F-150 truck.  The searches produced guns, cash, jewelry and two cell phones matched to Graham and Jordan.

Court orders obtained without probable cause

The government obtained disclosure of cell site location information (CSLI) for calls and texts transmissions for the phones for a 221-day period without warrants. The CSLI’s were used at trial to establish Graham and Jordan’s “locations at various times before and after most of the charged robberies”

On appeal, Graham and Jordan filed a motion to suppress the use of the CSLI’s at trial, arguing that obtaining them without a warrant based on probable cause “was an unreasonable search in violation of the Fourth Amendment.”

The district court denied the motion, holding that it was not an unreasonable search and that the “good-faith exception to the exclusionary rule justified admission of the CSLI.”

Fifth and 11th Circuit Courts do not require a warrant

The 11th Circuit court ruled that a warrant is not required because cell phone subscribers know and voluntarily allow cell phones to submit signals and location information when the phone is used.

The Fourth Circuit court disagreed with the Fifth and 11th Circuit courts, stating “[p]eople cannot be deemed to have volunteered to forfeit expectations of privacy by simply seeking active participation in society through use of their cell phones.”

The court determined that “law enforcement violates the Fourth Amendment when it acts without a warrant to obtain an individual’s long-term CSLI,” and “may no longer rely on the [SCA] statute to justify an election not to secure a warrant for this information.”

The court explained, however, that because it lacked case authority suggesting the information obtained in the location records was unconstitutional, the government reasonably relied on the Stored Communications Act (SCA) in obtaining the CSLI's without a warrant, affirming the district court’s denial of the motion to suppress.

The ACLU filed a petition with the Supreme Court seeking review of the 11th Circuit opinion in Davis and filed an amicus brief in this case.

“Today’s opinion is a full-throated defense of Fourth Amendment privacy rights in the digital age,” said Nathan Freed Wessler, staff attorney with the ACLU Speech, Privacy, and Technology Project. “Requiring a warrant for access to this information is an important protection against unjustified government intrusions.”