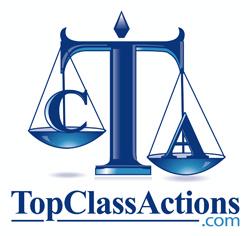 Chase Bank USA NA agreed to pay $5.5 million on Apri 23 to settle a class action lawsuit that accused the company of luring consumers into obtaining “interest-free” Circuit City credit cards and then imposing unexpected fees and interest charges on their accounts.

The class action lawsuit, which was filed in 2006 by plaintiff Gary Davis, alleged that Chase improperly applied its customers’ payments to regular balance purchases before promotional purchases made at Circuit City, causing the customers to be wrongly assessed finance charges on the purchases. Davis alleged that Chase engaged in unfair and deceptive business practices by misrepresenting the promotional purchase program and misallocating the payments made by Chase customers who participated in the program.

According to the class action lawsuit, Davis purchased a $2,000 television from Circuit City on March 3, 2006 under a promotional offer. Under the terms of the promotional offer, no interest or payments were due until January 2008. Davis subsequently made a payment to cover his preexisting February balance. However, Chase applied his entire payment toward the television purchase, despite the promotional interest and payment-free grace period. As a result, there were insufficient funds to cover his February statement balance and Davis was assessed a $77.25 finance charge.

The class action lawsuit was stayed for about 20 months pending an appeal of the court’s determination that Chase’s class action waiver and arbitration provisions in its cardmember agreements were unenforceable under California law. The 9th U.S. Circuit Court of Appeals affirmed the decision. Claims against Circuit City were later withdrawn due to the company’s bankruptcy.

Davis filed his motion requesting approval of the class action settlement on Wednesday in California federal court. “This Settlement is the result of an eight year litigation odyssey involving extensive investigation, analysis and discovery, multiple and complex motion work, three formal mediation sessions, and hard fought negotiations by experienced arm’s length counsel,” the motion states. “The Settlement provides real, tangible and immediate relief to consumers without any further costs or delay.” The proposed class action settlement, if approved, would distribute approximately $10 to each Class Member.

According to the court documents, Settlement Class Members include all Chase Circuit City Rewards credit card members with California billing addresses who, between May 26, 2004 and the date of the preliminary approval of the class action settlement, made a promotional or deferred-interest purchase at Circuit City and who, as a result of payments or credits being allocated to a regular purchase balance after the promotional or deferred-interest balance, paid more in finance charges than they would have paid if the payments or credits had first been applied to the regular purchase balance.