$1.2M Verdict in Case of 13-year-old Hit and Killed by Ambulance 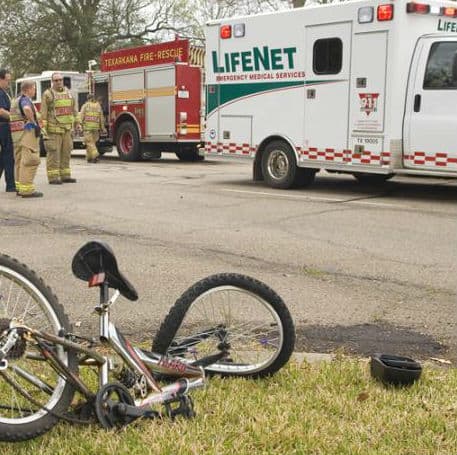 The ambulance did not have its lights or sirens on and was speeding.

An Illinois jury awarded $1.2 million to  the family of 13-year-old Brett McDaniel, who was hit and killed by an ambulance while riding his bicycle. The verdict of $2 million was reduced by a 40% contributory negligence.

Pope County Judge Joseph M. Leberman approved the verdict on June 27. The verdict is believed to be a county-wide record for an injury or death case.

Brett McDaniel was riding his bicycle with a friend on October 8, 2007, on Rosalie Street in Golconda, IL, a block from his home, when he was hit and ran over by a Mercy Regional Emergency Medical Service ambulance traveling south on Adams Street. The ambulance was going over the speed limit and failed to exercise care to avoid colliding with a person riding a bicycle.

The ambulance was returning to Kentucky after transporting a patient to Hardin County Hospital when the accident occurred, according to court documents. It did not have its lights or sirens on and was speeding. Brett was transported to the hospital where he died as a result of his injuries from the collision.

"The jury's verdict demonstrates the substantial loss that Brett's mother, father, and two brothers went through," said plaintiff's attorney Patrick Salvi II of Salvi, Schostok & Pritchard P.C. of Chicago, IL. "No amount of money will bring Brett back. But the verdict demonstrates just how substantial the family's loss was, and it sets the record straight on what happened that day. When children are around, drivers need to slow down and be careful."

Also trying the case were Jeffrey J. Kroll of Salvi, Schostok and Mark D. Prince of the Prince Law Firm of Marion, IL.