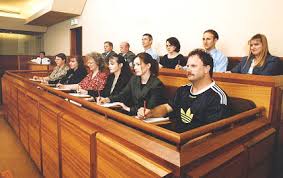 Structure your argument to make the jurors not only want to decide in your favor but know how they can accomplish this goal.

By John A. Hubbard and Eric A. Parzianello.

Perhaps more so than any part of a trial, closing argument is truly an art form. Although entire books have been written on the topic, here are a few suggestions for new practitioners and possibly some reminders for veteran trial attorneys.

Select the most important jury instructions supporting your case and analyze them in the context of the facts. This technique helps confirm your credibility when the judge reads the instructions to the jury after closing arguments. It may be beneficial to enlarge and display the key instructions. Explaining instructions can help avoid any misunderstanding by the jury as to what they mean and how they apply in your case.

2. Do illustrate support for your case.

Refer the jury to specific testimony and key documents introduced at your trial. Remind the jury of the facts you promised to prove during your opening statement and take them through the chronology of the case from your perspective. Include witness testimony as well as expert testimony. If you impeached the opposing party’s expert witness, you may be able to use the impeachment material during closing argument.

In a recent Michigan Court of Appeals case, the Court found that learned treatises used for impeachment, though not substantively admissible, may be displayed to the jury.1 The Court held that it was proper for trial counsel to argue to the jurors that an expert was impeached with a learned treatise. The trial attorney effectively showed the impeachment through the use of an overhead display presented to the jury during closing argument.

3. Do show the jury how it can decide in your favor.

Structure your argument to make the jurors not only want to decide in your favor but know how they can accomplish this goal. The jury verdict form is an excellent tool to achieve this objective. Show the form to the jurors and instruct them how they should fill it out to obtain the verdict you want.

The Court of Appeals found that counsel’s comment was appropriate as it did not encourage the jury to disregard the instructions and “simply return a no cause verdict because it would take less time.” It therefore affirmed the judgment and provided a good practice pointer, especially for defense counsel.

4. Do use analogies to guide the jury.

Develop an analogy to help the jury understand your client’s position, especially in a complex case. Analogies can be a powerful cognitive tool since juries may find it easier to comprehend circumstances they can compare to something familiar, such as an experience or a story. Fairy tales or other well-known stories can serve as fodder for such analogies, but beware: the use of certain analogies may be challenged on appeal.

The Court found that the analogy was only made “to illustrate that plaintiff was not the first party to breach an option agreement at issue.” Although the Court held that the analogy did not improperly interject information about the defendants’ insurance status, the case serves as a reminder that analogies should be carefully considered before use.

1. Don’t forget to formulate a theme for your argument.

Remember that you are delivering an argument and not simply summarizing facts the jury has already heard. Trial lawyer Roy Black said that “trial is a confusion of facts desperately seeking a common thread.” Find that thread and keep going back to it. The most effective themes for a closing argument are targeted toward your Achilles’ heel, which will require you to work hard to convince the jury of the merit of your position. If you can create a theme that is short, easy to remember, and addresses both of those targets, you will have created the opportunity for your evidence to be remembered favorably.

2. Do not read your argument.

Use notes, at most, as an outline for your reference, but never read your oral argument. Reading your argument not only creates boredom but could also be prejudicial to your client. Even extensive review of notes, when obvious to the jury, can eliminate the opportunity for you to demonstrate your passion and belief in your client’s story. Use demonstrative exhibits, overhead slides, and similar material to free you from your notes and ensure that you cover the material you want to highlight.

3. Do not make factual statements beyond the record.

Ensure that your factual references have been properly admitted into evidence. As one federal appeals court recently ruled in Gilster v Primebank, “‘[T]he cardinal  rule of closing argument [is] that counsel must confine comments to evidence in the record... .’ ” 4

In Gilster, the plaintiff sued her former employer, alleging unlawful sexual harassment and retaliation. During closing argument, the plaintiff’s counsel told the jury that she had been sexually harassed by a professor in law school and had refused to stand up for herself. She said, “It takes great strength and fearlessness to make a complaint against your supervisor” and it was her “sincere hope that one day my daughter, my friends, my sisters will live in a community where they will not be silenced by fear.” The jury subsequently awarded the plaintiff $40,000 for past emotional distress, $200,000 for future emotional distress and $600,000 in punitive damages.

On appeal, the Eighth Circuit held that “the timing and emotional nature of counsel’s improper and repeated personal vouching for her client, using direct references to facts not in evidence, combined with the critical importance of [plaintiff’s] credibility to issues of both liability and damages, made the improper comments unfairly prejudicial... .”5 It therefore reversed and remanded the case for a new trial while simultaneously delivering a costly lesson to the plaintiff’s counsel.

The closing argument is the trial attorney’s last opportunity to speak to the jury. It is a time to try to capture the jurors’ imagination and persuade them of your client’s position. It takes passion and dedication to muster your courage and skill to advocate for your client and achieve a favorable result.

John A. Hubbard is a trial lawyer concentrating in securities law. For more than 25 years, he has focused on the litigation and arbitration of complex financial disputes with an emphasison securities law advocating the rights of individual investors and groups of investors. He also has extensive experience in litigating such issues as distribution and supply contracts, construction disputes, and noncompetition agreements. Contact him at jhubbard@hspplc.com or (313) 672-7300.

Eric A. Parzianello represents employers in all aspects of employment and business law including severance, termination issues, noncompete disputes, the protection of proprietary information, and in Fair Labor Standards Act disputes with the Department of Labor’s Wage and Hour Division. He represents his clients in complex commercial litigation regarding these issues at both the trial and appellate levels. Contact him at eparzianello@hspplc.com or (313) 672-7300.

Posted with permission from the June 2014 issue of the Michigan Bar Journal.