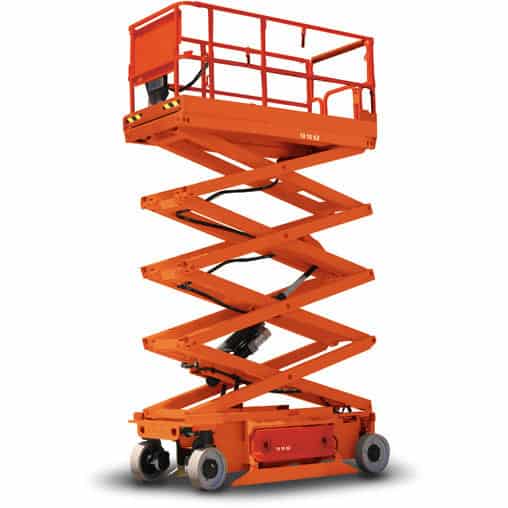 A settlement of $18,605,733 was approved in the Cook County, IL, Law Division for a construction worker who suffered a profound brain injury when he was thrown off a scissor lift. Two worn-down bolts that held the scaffolding to the base snapped, and the replacement parts would have cost only $22.50.

The defendants funded the settlement under a fund-and-fight agreement and continue to litigate contribution.

Rocco Aliotto, a 43-year old husband and father, was doing masonry work at a steel forging plant in Chicago on October 6, 2011, when a scissor lift that he was operating had a mechanical failure and collapsed. He fell 15 feet from the platform of the lift and struck his head on the concrete floor, causing bleeding and swelling in his brain. He requiring multiple brain surgeries to save his life.

Tragically, he was left with significant cognitive and related physical deficits, which rendered him wheelchair-bound, unable to speak and in need of twenty-four hour care in a nursing home.

The collapse of the scissor lift resulted from the failure of two component parts on the 20-year old piece of construction equipment that had not been properly maintained since it was purchased used in 1995.

Attorney Bradley N. Pollock of Walsh, Knippen, Pollock & Cetina retained a team of experts and purchased an exemplar scissor lift to evaluate the liability issues in the case fully. In addition to pursuing the lift owner under a theory of direct negligence, the case was also pursued against the property owner, Defendant Charles E. Larson & Sons, Inc., and the general contractor, defendant Bergen Construction under theories of direct negligence and construction negligence.

The plaintiffs’ trial team deposed 22 individuals on the issues of liability and damages. The settlement was reached on April 8, 2014, following years of complex litigation and two mediation settlement conferences presided over by Judge Honorable Donald O’Connell.

In anticipation of the mediation settlement conferences, the plaintiffs’ trial team produced a professionally narrated settlement video documentary that addressed the issues of liability and damages in the case and included interviews of the plaintiff’s family, friends, medical providers and retained experts. This settlement documentary was provided to the defendants’ insurers in advance of mediation.

The settlement was approved by the Cook County, IL, Probate Division on May 14, 2014. The settlement funds will be used by the plaintiff to pay for his medical care and to enhance the quality of his life to the greatest extent possible given his significant life-altering injuries. The defendants funded the settlement under a fund-and-fight agreement and continue to litigate contribution.