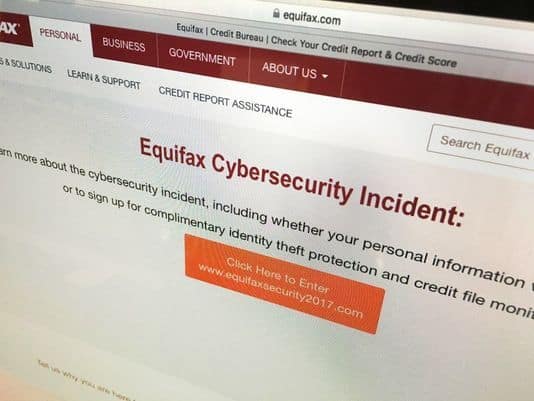 Chicago law firm Corboy & Demetrio filed a federal class-action lawsuit on behalf of Scott Meyers, Judy Meyers, Karl Gordon Eikost, and consumers nationwide whose sensitive personal data was collected and stored by Equifax on servers that were hacked in a massive security breach discovered on July 29, 2017.

The lawsuit was filed on Sept. 14, 2017 in U.S. District Court for the Northern District of Illinois by attorneys Thomas A. Demetrio and Kenneth T. Lumb. The firm has been involved in several recent high-profile cases, including representing airline passenger Dr. David Dao and more than 100 former NFL and NHL players in concussion litigation against both Leagues.

The lawsuit accuses Equifax of failing to have reasonable procedures to protect the plaintiffs’ and class members’ private information and failing to timely notify or warn them of the breach. Several Equifax executives sold stock valued at $1.8 million in the days before the breach was made public in media reports.

“The scope and breadth of the breach is really massive and the failure to prevent it simply inexcusable,” Lumb said.

In addition, the lawsuit accuses Equifax of attempting to induce consumers to sign a waiver and arbitration agreement by falsely representing it was offering a complimentary one-year enrollment of its TrustedID Premier product for affected persons.

“The offer was a deceptive, coercive and an unconscionable effort to trick customers to get them to give up important rights and remedies,” Lumb said.

Plaintiffs have filed more than 70 class actions over the massive data breach. This week, lawyers filed motions before the U.S. Judicial Panel on Multidistrict Litigation to have all the cases transferred to Georgia. Many of the class actions brought over the data breach have focused on the Fair Credit Reporting Act specifically, that Equifax failed to protect customer data and furnished sensitive information to third parties in violation of the statute.

Corboy & Demetrio is one of the nation's premier law firms. It represents individuals and their families in serious personal injury and wrongful death cases and is renowned for its achievements in the courtroom and for its contributions to the community.