$1.25M Verdict for Man Who Cut Off Fingers with Unsafe Table Saw 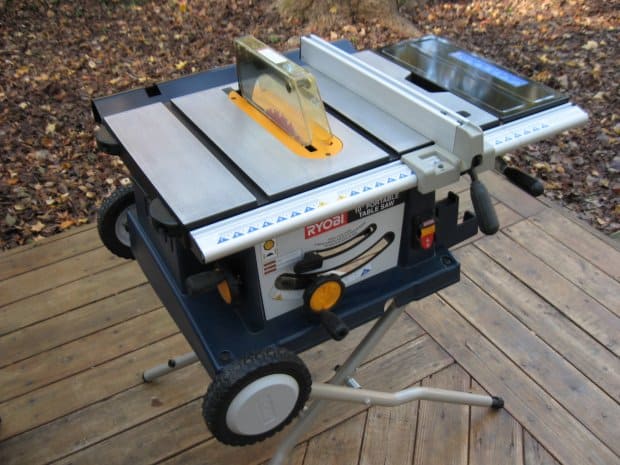 An Illinois woodworker recovered a $1.25 million jury verdict in Chicago federal court after he was severely injured while using a defective Ryobi table saw.

The case is one of hundreds of similar injury cases being litigated by Heygood, Orr & Pearson of Dallas involving defective table saws.

In this case, 30-year-old Brandon Stollings lost his index finger and parts of two other fingers when his Ryobi saw experienced a kickback, which occurs when wood pinches a table saw blade and forces it back toward the operator.

He was injured in 2007 while doing some work for his mother and stepfather at their home in Trevor, Wisconsin, using a Ryobi Model BTS20R table saw. As he fed laminate flooring through the table saw, the wood kicked back, pulling his hand into the blade.

During the two-week trial in the U.S. District Court for the Northern District of Illinois, David Peot, the former chief engineer for Ryobi, told jurors that the addition of a simple piece of curved metal – called a riving knife – would eliminate nearly all kickbacks.

Despite this fix, Ryobi and most other manufacturers did not equip saws with riving knives until 2010. Instead, most saws included a fixed splitter and an unwieldy and seldom-used blade guard that restricted visibility of the blade. It had to be removed for many types of cuts and was difficult and time-consuming to remove and reinstall.

"The Consumer Product Safety Commission came to the table saw industry in 1998 and urged them to change their guards because they were not being used by most consumers, leading to 30,000 to 40,000 injuries each year, including 3,000 to 4,000 amputations," said Heygood, Orr & Pearson partner Eric Pearson, adding that the industry resisted making those safety changes.

In addition, manufacturers have refused to adopt other established safety mechanisms, such as flesh-sensing and blade-braking technology offered by Sawstop, said firm partner Michael Heygood.

"Instead of licensing this important safety technology, Ryobi and other saw manufacturers formed a joint venture to try to design around Sawstop's patents so they could avoid paying a 3 percent royalty," said Mr. Heygood.

Sawstop is the only manufacturer offering flesh-detection technology, which stops a table saw's spinning blade within milliseconds of detecting contact with flesh, virtually eliminating serious injury.

Heygood, Orr & Pearson is a business litigation and personal injury law firm based in Dallas. More information is available at Hop-law.com. The firm was assisted in the Stollings case by attorneys John Cushing of Chicago and Richard Sullivan of Boston.