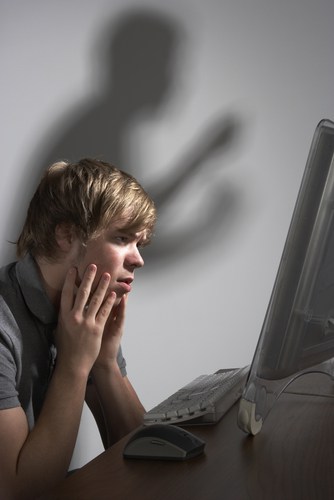 The court also ruled that cyber-bullying law N.C. Gen. Stat. §14-458.1, passed in 2009, is constitutional and does not limit freedom of speech rights.

In the first jury trial under the cyber-bullying law, Robert Bishop of Walking Stick Lane, Liberty, was placed on probation for 48 months and ordered not to be on Facebook and other social media sites for one year.

Bishop, along with other students, posted derogatory and hateful messages and manipulated photos about another student, Dillion Price.  Other students in the case were found guilty and received probation.

Bishop appealed the conviction on grounds that the cyber-bullying law is over broad and criminalizes speech protected by the First Amendment.

The Court of Appeals ruled that the cyber-bulling law is “not directed at prohibiting the communication of thoughts or ideas via the internet,” and that the content of Bishop’s Facebook posts is not what violated the law.  Instead, the “intentional and specific conduct” of using the posts to “intimidate or torment” the minor student is prohibited by the cyber-bullying law.

The court made a distinction between North Carolina’s cyber-bullying laws and other state’s laws that have not been constitutional.  Its law specifically pertains to minors and prohibits the use of online networks to post “private, personal or sexual information pertaining to a minor” with “the intent to intimidate or torment a minor.”

Laws that have been overbroad in restricting online speech have been found to violate free speech rights.  The New York Court of Appeals ruled in 2014 that an Albany County cyber-bullying law was too broad and vague and would have applied to any communication aimed at adults, corporations or other entities, not just minors.

The Supreme Court has also weighed in, in a separate case.  The Court reversed a Pennsylvania’s man conviction under a federal threat statute for making threatening comments and posts on Facebook and social networking websites against his estranged wife, co-workers, and an FBI agent.

Anthony Douglas Elonis picked up a Facebook pseudonym “Tone Dougie” and posted rap lyrics he called “therapeutic” and inspired by the rapper Eminem, according to court documents.  The lyrics included “graphically violent language and imagery” including threats to kill his estranged wife, prompting her to obtain a restraining order against him.

Elonis also, in the form of rap lyrics, made threats to “initiate the most heinous school shooting ever imagined” and to “slit her throat” referencing the FBI agent who was monitoring his online activity.  Interspersed in his posts, Elonis added disclaimers that the lyrics were fictitious and that he was exercising his First Amendment rights.

The Court however, did not find it “necessary to consider any First Amendment issues” and instead ruled on criminal law procedures, requiring that a mental state requirement must be applied proving that Elonis intended to communicate a threat, not just that he intended to make the communication.

“[W]rongdoing must be conscious to be criminal” and a mental state of negligence would not suffice for criminal liability.  The Court reversed and remanded the case stating “Elonis’s conviction cannot stand.”