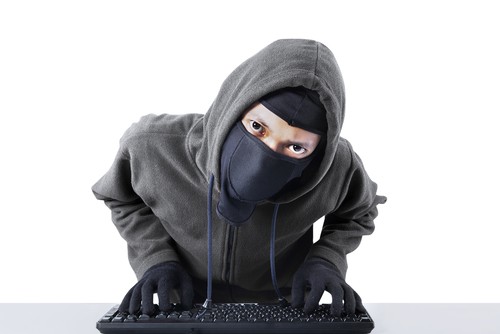 A California appeals court has sided with social media companies Facebook, Instagram and Twitter, ruling that criminal defendants on trial for murder do not have a pretrial right to public and private content posted by the murder victim on social media.

The decision overturns the trial court ruling that sided with the defendants who argued that restricting their access to the information violated their constitutional right to due process, presentation of a complete defense and effective assistance of counsel.

Defendants Derrick Hunter and Lee Sullivan were indicted and awaiting trial on charges of murder, weapons and gang-related charges stemming from the drive-by shooting of Jaquan Rice, Jr.  Hunter’s 14-year-old brother confessed to participating in the drive-by shooting when questioned by police.  He told police that he shot Rice because Rice had repeatedly threatened him in person and on social media.

A gang expert from the San Francisco Police Gang Task unit gave grand jury testimony that gang members engage in “cyber banging” which is disrespecting rival gang members or issuing challenges to rival gangs with images or written words posted on social media. The gang expert also testified that he relied on social media records as evidence that “Rice and the Defendants were members of rival gangs and that the drive-by shooting was gang related.”

The defendants subpoenaed Facebook, Instagram and Twitter for public and private content of accounts belonging to Rice and to Sullivan’s former girlfriend, who told police that the defendants borrowed her car to use in the drive-by shooting.

Sullivan alleged that his former girlfriend’s social media accounts would show that she implicated him in the shootings out of her jealousy and rage over his involvement with other women and that she was herself violent. Sullivan alleged that Rice’s social media account content were required to “locate exculpatory evidence” showing Rice was a “violent criminal who routinely posted rap videos and other posts threatening [Hunter’s brother] and other individuals.”

The social media petitioners moved to quash the subpoenas, citing the federal Stored Communications Act (SCA) which prevented them from disclosing the content of user communications. The trial court sided with the defendants' response that their constitutional rights to due process, presentation of a complete defense and effective assistance to counsel trumped the statutory protections provided to social media user by the SCA.

The trial court ordered the petitioners to produce the social media records. The petitioners filed a petition to the appeals court for writ of mandate and/or prohibition.

The Court of appeals determined that the SCA does provide for exceptions in the criminal context for the disclosure of electronic content to a governmental agency pursuant to a warrant or compelled by a “governmental entity with notice to the subscriber” by subpoena or court order if relevant to an ongoing criminal investigation.  However, the court writes, the SCA does not provide a “direct mechanism for access by a criminal defendant to private content.”

The court rejected the defendant’s argument that the SCA is unconstitutional because it precludes a criminal defendant’s access to information material to its defense that the prosecution does have access to.

The court, citing state case law, discussed that the courts have “declined to recognize a Sixth Amendment right to defense pretrial discovery” of privileged information.  The court further wrote that due process does not specify the amount of discovery that the parties must be afforded.

The court, siding with the social media companies, stated that the defendants have access to most of the information they sought by subpoena through the prosecution’s discovery efforts and its requirement to disclose evidence to the defense that is “favorable to the accused and material to the issues of guilt or punishment.” The court stated that the procedures for obtaining pretrial information are not required to be the same for the prosecution and the defense, but that the defendant must receive “a full and fair opportunity to present a defense.”

Although the court ruled to limit the defendant’s right to pretrial discovery finding that pretrial production was restlricted because the information was subject to SCA protections, the court wrote, “nothing in this opinion would preclude Defendants from seeking at trial the production of the materials sought here.” The court granted the petition and directed the trial court to issue an order quashing the subpoenas.

The case is Facebook Inc. et al. v. Superior Court of the City and County of San Francisco, case number A144315 in the California First Appellate District Court of Appeal.