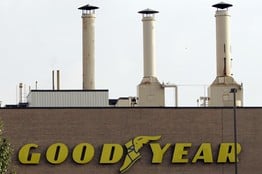 A Dallas County jury has awarded $18.6 million to the family of a tire builder who died after being exposed to cancer-causing asbestos fibers at the Goodyear Tire & Rubber Co. plant in Tyler, Texas.

His employer did not protect him

"Mr. Rogers' family just wanted a jury to hear the story of their husband and father—he did nothing wrong and still died because his employer did not protect him," says Dallas attorney Christopher J. Panatier, a name partner in Simon Greenstone Panatier Bartlett, PC., and lead counsel for the Rogers family. "Goodyear plainly ignored OSHA standards to protect workers from asbestos disease and never dealt honestly with them."

Rogers worked as a tire builder at the Kelly-Springfield Tire Co. in Tyler, a Goodyear subsidiary. He operated Goodyear machines that exposed him to asbestos on a constant basis. He was further exposed to asbestos-wrapped piping while maintenance work was happening at the plant. Rogers was diagnosed with mesothelioma in August 2008 and died in September 2009.

"We showed the jury that Goodyear was well-versed in the asbestos safety standards that they ignored because the company simply didn't want to pay the money to protect the employees," Panatier says.

Simon Greenstone Panatier Bartlett is a nationally recognized trial law firm with a reputation for creative and aggressive representation of clients in a wide variety of catastrophic personal injury matters nationwide. For more information, visit sgpblaw.com.