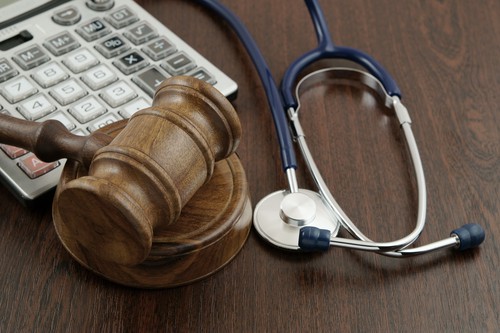 A Florida District Court of appeals has reversed a trial court’s reduction of a $28.5 million damages award that was due to an unconstitutional cap on medical malpractice non-economic damages.

The trial court had reduced the verdict to $22 million. Dens Pierre and his Mother Fedeline Normil of Boynton Beach, Florida, brought suit against Jeanne Uy Go, M.D. when at 10-month-old Pierre suffered a stroke that permanently impaired his neurological and behavioral functioning.

Normil brought the infant to the hospital because of a high fever, vomiting, and a stiff neck. Dr. Go and a colleague misdiagnosed Pierre and after treating him for two weeks, his condition worsened.  He was eventually transferred to the Miami Children’s Hospital where doctors determined he suffered a stroke.  At trial, an expert witness testified that if Dr. Go had properly diagnosed and treated Pierre for meningitis, he would not have had the stroke that caused his permanent injuries.

On appeal, Dr. Go raised an issue that the trial court erred by excluding evidence of free or low-cost medical care that could be provided to the child. Pierre and his Mother cross-appealed, arguing that caps on noneconomic damages are unconstitutional.

The District Court, following Florida case law, determined that future free or low-cost medical benefits, such as Medicare and Medicaid, are inadmissible as collateral sources of medical aid and were properly excluded from the trial. The court reiterated the Florida Supreme Court’s position that the availability of such programs is “speculative” and allowing evidence of payments from governmental programs would allow a “windfall” to tortfeasors.

The District court granted Pierre and Normil’s cross-appeal on the issue of the caps of noneconomic damages.  In its July 1, 2015 decision in North Broward Hospital District v. Kalitan, the court found the statutory caps “unconstitutional not only in wrongful death actions, but also in personal injury suits as they violate equal protection.”  The court reversed the reduction in noneconomic damages and remanded the case to the trial court to reinstate the damages awarded by the jury.

The case is Jeanne Uy Go, M.D. v. Fedeline Normil, individually, and as Parent and Natural Guardian of Dens Pierre, a minor, et. al., case number 4D13-88 in the District Court of Appeal of the State of Florida Fourth District.