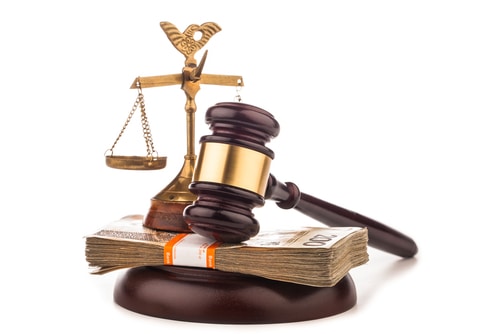 In a historic Pennsylvania Supreme Court election, an unprecedented three open seats are up for grabs.  It is the first time in 300 years, the last time in 1704, that three Supreme Court sets are vacant.

The judges who previously filled the three seats became open when one former Justice was convicted of corruption, another retired to end an inquiry into pornographic emails the Justice may have received or sent, and another retired after reaching the mandatory retirement age.

There are currently one independent, three democrats and three republican candidates running for the three available seats.  The historic race, which ends on the November 3rd election day, has been one of the most competitive elections and has seen an influx of “dark money” from outside sources contributing to the race.

Most recent reports show that $10 million has been contributed to this election, making it one of the most expensive Pennsylvania Supreme Court races ever, according to a CBS Philly report.

In a forum held by the Philadelphia Bar Association last month, the three democrats in the race committed to avoiding false advertisement and pleaded with independent expenditure committees to do the same, according to Law 360.  However, the independent expenditure committees may not have kept that pledge because they have now run several television attach ads against the Republican candidates.

A group known as Pennsylvanians for Judicial Reform (PJR) have aired ads against the republican candidates.  One candidate, Judge Anne Covey, has hired a top defamation lawyer and demanded that a commercial calling her a liar be taken off the airways, according to Law360.

The demand letter sent to the PJR chairman stated that they were on “notice that you are liable for damages that have already been sustained as a result of the prior broadcast of this deceptive and defamatory advertisement.”

The ad alleges that Judge Covey lied about authoring published legal articles and that she was “not recommended” by the Pennsylvania Bar Association.

The PJR chairman Mark Singel, who is the former chairman of the state Democratic Party, has spent $1.3 million on advertisements against republican candidates.

He stated the PJR would respond to the defamation letter regarding Judge Covey, but said the “allegations are completely unfounded” and that “PJR will not be intimidated by this attempt to chill its right to free speech and free political expression,” according to Law360.

Some of the candidates did not sign a pledge against dark money and most agree that they do not have control over independent expenditure groups who make lawful independent contributions, according to the CBS Philly report.  The idea of an “automatic recusal” has been raised as a protection against conflicts of interest if a case involving a major donor is in front of an elected judge.

Sentiment is growing to end partisan elections for Justices.  “Even though judges are meant to be independent and stay independent in many ways, [campaign funding] is definitely going to impact how they vote and what they do,” said Liz Jaff of Crowdpac.com that has reported detailed information on the candidate’s campaigns.

Reformers are hopeful that publicity over this election and how Supreme Court justices are elected will “inspire an outcry by voters.”  A bipartisan group in the state’s House of Representatives has proposed a constitutional amendment to end elections and use appointments to fill appellate court seats.

The campaigning has turned into a political brawl between the candidates, yet they all agree that partisan politics do not influence the judicial system.