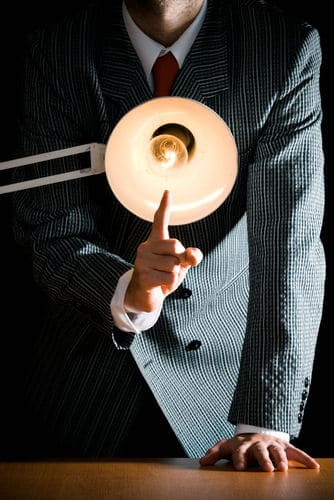 Defense lawyers are aggressively inquiring into the private business and financial records of plaintiff’s medical witnesses.

By Matt A. Dolman and Julia N. McGrath

Any plaintiff’s trial attorney knows that litigating cases following recent rulings by the Florida appeals courts can be an uphill battle.

In discovery, defense lawyers are aggressively inquiring into the private business and financial records of the plaintiff’s medical witnesses – and even the plaintiff’s attorneys – in an attempt to show financial bias. The courts allow this burdensome intrusion in cases where the patient was referred to the doctor by the lawyer. But these over-the-top tactics can be defeated by showing that there is no referral relationship.

Four key cases have defined the requirements of disclosing and propounding expert discovery:

Elkins and Rule 1.280 governing discovery established the boundaries for taking discovery from an expert medical witness in order to demonstrate that the expert may be biased in favor of the party who retained the expert. In Elkins the court attempted to strike a balance between a party’s need for information regarding an expert’s potential bias and the expert’s right to be free from having to respond to intrusive and extensive discovery requests.

The scope of discovery directed to a party under Boecher

The issue in Boecher focused on whether Rule 1.280 and Elkins prevented a party from obtaining discovery regarding the extent of the opponent’s relationship with the expert witness from the party itself. The court held that the concerns that presented themselves in Elkins did not exist because the discovery in Boecher sought information relating to a party’s financial relationship with the expert witness and the amount of money that the party had paid to an expert. The court found that this information was relevant to demonstrating financial bias and is therefore discoverable.

The more difficult task facing litigators today has become defending against financial discovery requests and arguing against the magnitude of discovery now being propounded upon non-party medical providers and plaintiffs. To defend against these requests, a brief review of the Katzman decisions is necessary. Defense attorneys propounding financial discovery requests will undoubtedly attempt to argue that the initial Katzman holding allows for a much broader scope of discovery than is really evident from a close examination of the facts of the case.

In the first Katzman v. Rediron, the Fourth District Court of Appeals allowed intrusive defense discovery where the plaintiff counsel had referred the medical witness. The case dealt with the scope of permissible discovery from what has now been deemed a “hybrid witness,” i.e., a witness who has both treated the plaintiff and therefore is considered:

Dr. Katzman provided treatment for the plaintiff under a letter of protection (LOP) that was purely contingent. This symbiotic relationship allowed the court to find that Dr. Katzman had a vested financial stake in the outcome of litigation, because he would only receive payment in the event that the plaintiff recovered damages from the defendant.

The court allowed a broader scope of discovery because the defense sought to establish specifically that the cost of the procedure was unreasonable, the procedure itself was unnecessarily performed, and the procedure was performed with greater frequency in litigation cases than non-litigation situations. Accordingly, the court allowed the accompanying inquiry into the financial affairs of Dr. Katzman, as a non-party, finding that it was justified based on the unique substantive issues of the case.

It is important to note the distinguishing features of Katzman; specifically:

The Fourth District Court of Appeal’s second opinion in Ranjana clarifies that the decision in the first Katzman case should be limited to its facts. In Ranjana, the plaintiff was injured in a slip and fall on the defendant’s premises. Unlike the facts of Katzman v. Rediron, the plaintiff was referred to Dr. Katzman by another treating physician and not by an attorney. The plaintiff did however treat with Dr. Katzman under an LOP.

The defense subpoenaed Dr. Katzman specifically requesting documents regarding the amounts Dr. Katzman collected from health insurance for the four years prior for the type of procedure that he performed on the plaintiff, the number of patients that he had performed the procedure on in each year, and the amount of money that he received for the procedures during the previous four years from health insurers. In addition, the defense sought the same information that Dr. Katzman collected under letters of protection.

Dr. Katzman objected to the subpoena, arguing that the requests sought to discover private business and financial records, confidential information and was irrelevant and undiscoverable. The trial court rejected these arguments. The Fourth District Court of Appeals, however, stepped in to reverse the trial court’s order finding that it is not just the existence of a letter of protection that will subject a doctor to litigation discovery, but the act of the referral of the patient from the lawyer to the doctor in anticipation of litigation that morphs a doctor into one having a stake in the outcome of litigation and thus allowing discovery to illustrate bias.

In 2013, the Second District Court of Appeals granted a petition for writ of certiorari after the trial court ordered Gulfcoast Surgery Center to produce certain financial documents in response to a subpoena duces tecum. Gulfcoast attempted to argue that requests pertaining to its internal cost structure was irrelevant and constituted a trade secret. The court noted that information relating to a hospital or surgery center’s internal cost structure is relevant and indeed critical to establishing a defendant’s claim of the unreasonableness of charges of a medical procedure.

Because Gulfcoast argued that such information constituted a trade secret, the trial court erred in that the court failed to perform an in camera inspection or balancing test to determine if the requested documents were trade secrets and failed to employ some form of protective measures. See Gulfcoast Surgery Center v. Fisher, 107 So. 3d 493 (Fla. 2d DCA 2013).

The case is important because while facilities may have the ability to argue protective measures for purposes of protecting a trade secret in their billing practices and cost structure, the argument that such information is irrelevant and therefore undiscoverable will most likely be unsuccessful. The better argument is to attempt to limit the scope of such discovery, requiring the court to hold an in camera inspection and employ protective measures.

The Fourth District Court of Appeals confronted similar arguments made by plaintiff’s counsel in Steinger v. Geico General Insurance Company, 103 So. 3d 200 (Fla. 4th DCA 2012). In Steinger, the plaintiff filed an uninsured motorist claim against Geico General Insurance Companies to recover benefits under her uninsured/underinsured motorist policy. Geico later sought to depose the manager of the law firm representing the plaintiff and subpoena documents related to the extent of the financial relationship between the plaintiff’s law firm and the plaintiff’s medical providers. Specifically, the production requests included:

Plaintiff’s counsel moved for protective order arguing that the requests would constitute an invasion of privacy of non-party patients, a violation of the attorney-client privilege and that such a request would require extensive manual review and thus be overly burdensome and oppressive.

After acknowledging that the Florida Supreme Court’s decision in Boecher generally allows a party broad discovery, the court noted that when the defense makes a preliminary showing that the plaintiff was referred to a doctor by the plaintiff’s lawyer, either directly or through a third party, the defendant is then entitled to discover information relating to the nature and extent of the relationship. Id. At 205.

However, the court stated that in the case at bar the law firm was not an actual party to the case and the record before them did not establish that the doctor had a financially beneficial relationship with the law firm. If such a relationship had been established, either through the party, the treating doctor or another witness, then such an existence of a referral arrangement is clearly permissible grounds for impeachment of a doctor and the extent of the relationship discoverable. See Flores v. Miami-Dade County, 787 So. 2d 955 (Fla. 3d DCA 2001).

The Steinger court’s decision makes clear that once there is evidence of a referral relationship, then discovery from the law firm may be appropriate and the trial court must balance the privacy rights of former patients and clients and implement appropriate safeguards. Because Geico had failed to establish the existence of a referral relationship between the law firm and the medical providers, the requested discovery over and above what Elkins and Rule 1.280 required was not warranted.

You must strive to posture your case correctly from inception to defeat similar non-party production subpoenas directed toward your medical providers and interrogatories aimed at obtaining information regarding your firm’s relationship with your client’s treating physicians.. The old adage that the best defense is a good offense still holds true.

What we all remember learning in law school also applies: distinguishing the facts of Katzman from the facts of your case is critical. One of the most powerful ways to do so is to proffer facts to support the argument that there is no evidence that the attorney for the plaintiff referred the plaintiff to the medical provider. The void of such evidence should be used when arguing against more intrusive discovery requests than what Rule 1.280 allows.

In a typical automobile collision case, the plaintiff should also be able to distinguish the facts of Katzman by showing that there is no evidence that plaintiff’s treatment was unnecessary, unreasonable or controversial or that the medical provider had a history of only rendering such treatment to those patients who have a letter of protection as opposed to those patients treating under a traditional HMO.

If your client is treating under a letter of protection that is not purely contingent in nature, it should also be used to differentiate the facts of your case from those in Katzman. An argument based on policy may also be considered in that such extensive discovery propounded on a non-party treating physician may have a chilling effect on the readiness of a medical provider to treat those who are injured in an accident and required to seek treatment under a letter of protection.

Distinguishing the fact that Boecher’s rationale only applies to discovery directed to a party and thus not the law firm itself’ should also be articulated in a motion for protective order when defense propounds interrogatories directed to the named plaintiff yet seeking information regarding the non-party law firm’s relationship with medical providers.

Matt A. Dolman He is a member of The National Trial Lawyers top 100 trial lawyers. he and Julia N. McGrath are attorneys practicing at the Dolman Law Group in Clearwater and Bradenton, FL. Matthew is a member of The National Trial Lawyers. He has extensive experience handling first- and third-party insurance claims of all types and, more specifically, claims in the following injury areas: automobile accidents, wrongful death, catastrophic injury, spinal cord injuries, brain injuries, plus violations of Florida’s Consumer Collection Practices Act and asset protection for Florida physicians.