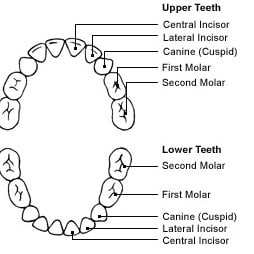 The Court of Appeals for the Seventh Circuit ruled that two forensic dentists and a police detective have qualified immunity, despite allegations that they conspired to frame Robert Lee Stinson for a murder he did not commit.

Stinson spent 23 years in prison for a murder in 1984. He was exonerated by DNA evidence with the help of Wisconsin Innocence Alliance.

The police detective involved, James Guager, wanted to resolve the 1984 murder but was unable to establish any leads to a suspect. The most practical piece of evidence was a small bite mark on the victim’s body.

Stinson suspected that Guager used Stinson’s similar dental framework to fabricate an exact match to the bite marks on the victim, Ione Cychosz with the forensic examiner's assistance.

Stinson argued the forensic dentist opinions were false and induced by the detective, violating his right to due process of law. After Stinson’s release from prison, his expert odontologist Dr. C. Michael Bowers, stated the bite-mark evidence “clearly excluded” Stinson.

When detective Gauger and his partner Tom Jackelen took responsibility for the murder case, they reviewed other officer's work on the case. The detectives met with Dr. Lowell Johnson who had performed a examination of the bite marks and produced a rubber impression.

Johnson described the killer’s teeth as having a twisted tooth and missing a right tooth (upper right lateral incisor) located next to the two front teeth.

After reviewing the previous the murder case file, the detectives interviewed persons who lived near the crime scene and Stinson was one. Guager had tried to prove Stinson was responsible for a prior murder but was unsuccessful.

The detectives interviewed Stinson and his family -- the plan was to get Stinson to laugh in order to see his teeth. They did, and noticed Stinson was missing his right central incisor the tooth, the one just next to the tooth described by Johnson.

However, the second opinion with Rawson was a brief review of the evidence in Gauger’s Las Vegas hotel room, where the detectives had traveled to meet with Dr. Rawson

Stinson alleged the detectives and odontologists fabricated their story during the investigative stage of the case before probable cause existed.

The court concluded that absolute immunity does not apply to activities declared outside of the trial or trial preparation.

For qualified immunity, the detectives argued that the plaintiff’ s version of the facts did not amount to a violation of a clearly established constitutional right.

Stinson alleged all of the defendants were a part of a conspiracy to frame him with fabricated bite mark opinions and suppressed evidence of the cover-up.

The court believed there was no evidence demonstrating any false evidence was presented by the detectives.

The court acknowledged that it is not easy to prove an expert fabricated an opinion but an inference of fabrication is insufficient to prevail. A mere inference that Johnson and Rawson’s conclusions were far from a reasonable odontologist without more just demonstrated Johnson and Rawson acted unreasonably.

The court instructed the district court to decide in the defendants' favor.