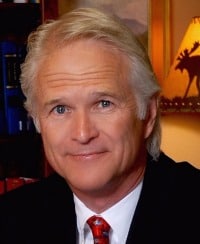 A Denver jury has awarded a Colorado Springs woman $52 million in a personal injury lawsuit. She suffered a cervical fracture and spinal cord injury at C6-7 in a vehicle collision and rollover.

Four years ago, Mendy Brockman and her husband were driving southbound on Interstate 25 south of Castle Rock when a motorist crossed their lane in front of them to make a U-turn at an emergency median crossing.

The motorist hit Brockman’s car, causing it to roll several times. The accident resulted in the permanent paralysis of her legs and substantial loss of use of her hands. The woman is a wife and mother of four young children.

The lawsuit involved both a negligence claim against the at-fault driver and a product liability claim against the seatbelt manufacturer — Japan-based Takata Corp. — and the windshield maker of her Honda vehicle.

“This case had some unique challenges and, as always, I learned a lot in this process. We had a millennial jury, with six jurors ranging in age from 20-29. None of the jurors had children, except for one woman who was pregnant," Metier said. "After deliberating for 8.5 hours, the jury returned their verdict in the exact amount I requested in closing argument."