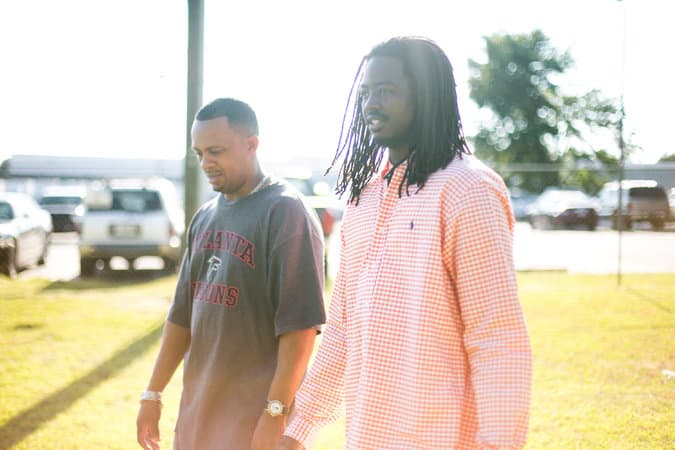 Dennis Reynolds, left, and Jack Lowe in Atlanta in May.

In a case which has been titled the mystery of the “devious defecator” by the judge, two warehouse employees recovered a $2.2 million verdict because their employer illegally collected their DNA. It is a precedent-setting warning to businesses to stay away from genetic material.

Jack Lowe and Dennis Reynolds sued Atlas Logistics Group Retail Services after the company took cheek swabs from them in 2012. The company, which warehouses Kroger groceries, suspected the men were leaving feces in aisles of foodstuffs and on canned goods. The DNA test, however, cleared the men.

As one of the first GINA cases ruled in this unique context, this decision yields major implications in the employment law community.

As US District Judge Amy Totenberg so eloquently stated the facts, “Atlas Logistics Group Retail Services, LLC (Atlas) operates warehouses for the storage of products sold at a variety of grocery stores. So one could imagine Atlas's frustration when a mystery employee began habitually defecating in one of its warehouses.”

The nature of such an inappropriate act, particularly in the context of grocery inventory, was an obvious cause for concern. It was the manner in which Atlas handered the matter, however, that led to a serious federal law violation.

Two years ago when the acts began, Atlas asked its loss prevention manager, Don Hill, to find out who the defecating culprit was. Hill looked through employee work schedules to determine workers he believed were present on the days of the occurences. Hill asked a forensics lab to compare the DNA of the feces with the DNA of the employees the company suspected as possible matches. It was a well-known workplace problem that everyone discussed.

One day, after Jack Lowe's break had ended, his supervisor ushered him to a room where his union steward, a human resources manager, and Hill were waiting for him. Lowe said, “They sat me down and asked if I knew about the feces. I said I heard about it and thought it was gross. They asked me to take a DNA test because they had 'reason to believe' it was me.”

Lowe agreed to be tested out of fear for his job, and a forensics expert from the testing lab swabbed the inside of his cheek. By the time the negative lab results were returned to Atlas, Lowe and Dennis Reynolds (a food delivery employee) had hired a law firm to represent them,

The firm, Barette and Farahaney, argued that Atlas did violate GINA because the genetics law makes it illegal for an employer to request, require, or purchase genetic information with respect to an employee. The issue before the court came to whether the DNA samples Atlas requested constituted genetic information, even though the samples did not reveal disease genes or risk factors for disease.