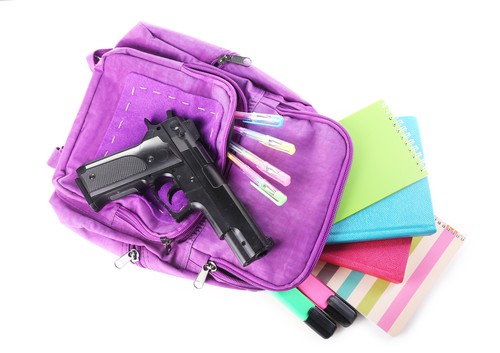 A Florida Appeals Court upheld the constitutionality of the University of Florida’s ban on guns on its campus and in its dorm rooms.

Gun rights advocate group, Florida Carry, Inc., brought a lawsuit against the University of Florida and the University’s President at the time, Bernie Machen.

The lawsuit was brought after the University of Florida, in response to an earlier case Florida Carry, Inc. v. University of North Florida, added language to its regulations regarding firearms on campus, allowing firearms securely encased and unloaded in vehicles, but kept its prohibition on guns elsewhere on campus.

Florida Carry brought suit, arguing that the University of Florida’s student dorm rooms fall within the definition of a home and any regulation restricting firearms in an individual’s home violated the Florida Constitution.  The group claimed that the right to possess guns within a home superseded law restricting guns on school property.

Florida Carry sought an award of damages, an injunction against the enforcement of any firearm regulations by the University other than those within the Florida Statutes regarding firearm possession, an order repealing and removing any university firearm regulation, and attorney’s fees and costs.

The University of Florida argued that Florida Statute prohibiting the possession of firearms at school-sponsored events or on school property governed the issue, and prohibited firearms on campus except for the limited exceptions in the statute.

The appeals court wrote that the 1992 Florida law that prohibited firearms on school property or school events, which includes an exception for vehicles located in school parking lots, could have also included an exception for student housing if the “Legislature wished to do so.”  “That fact that it did not do so supports the trial court’s ruling and Appellees’ position as to this issue.”

University of Florida students can store their unloaded guns at the university’s police station with permission.