The Downsides of an Attorney Joining a Corporate Board 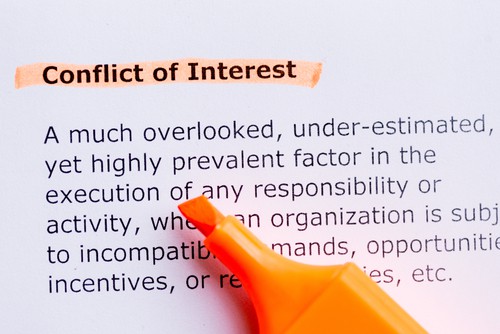 From time to time, attorneys are asked to serve as corporate directors or officers. Watch out—there may be some serious perils involved for the attorney and his or her law firm.

Here are examples of the downsides to an attorney joining a corporate board:

[sws_pullquote_right]This material is reproduced from the CEBblog™^ The Perils of an Attorney Joining a Corporate Board, (https://blog.ceb.coiii/2015/07/22/the-perils--of-an-attorney-joiiimg"-a-- corporate-board/) copyright 2015 by the Regents of the University of California. Reproduced with permission of Continuing Education of the Bar - California. (For information about CEB publications, telephone toll free 1-800-CEB-3444 or visit our Web site, CEB.com). [/sws_pullquote_right]

Insurance issues. One of the big danger areas is the possibility that playing both attorney and director roles may create problems with respect to insurance coverage. If, in addition to acting as a director, an attorney-director provides legal services to the company and liability results, interpretation issues may arise under both the company’s insurance policy and the attorney-director’s malpractice insurance policy.

For example, was the act or omission that caused the damage a consequence of the rendering of legal services or a consequence of the attorney’s conduct as a director? Both the company’s D&O liability insurance carrier and the attorney-director’s professional malpractice insurance carrier may deny coverage based on conflicting interpretations of the capacity in which the attorney-director acted or failed to act. (Note that typical malpractice insurance policies exclude coverage for claims arising from acts or omissions outside the scope of practicing law.)

Deputization issues. The dangers extend to the attorney’s law firm as well. If the attorney-director is serving on the board as a “deputy” of his or her law firm, the firm could be jointly subject to the same liability exposure as the attorney-director and any resulting liability would probably not be covered under the firm’s malpractice policy—a potential nightmare to all concerned.

Before you join a corporate board, learn more about the potential conflicts involved in CEB’s Organizing Corporations in California, chap 1.