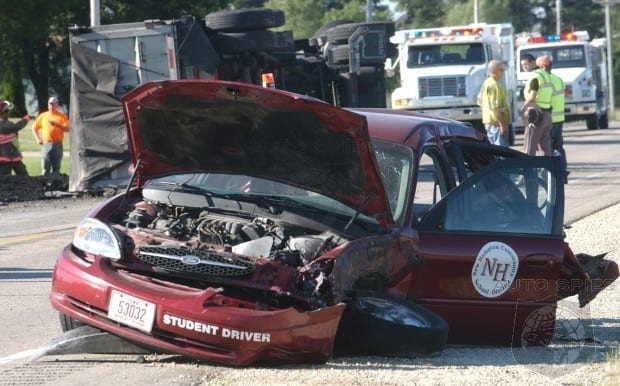 The family of a 15-year old central Idaho boy who died in a car crash during his driver's education class in the Blaine County School District has received a $3.5 million damages verdict, which was recently upheld by the Idaho Supreme Court.

Blaine County School District had appealed the family's award, but the court rejected this appeal, upholding the May 2013, jury determination. The jury found the Carey School driver's education instructor, Jeffrey Mecham, was 100% responsible for the crash that killed Austin Hennefer, a 15-year-old sophomore.

Hennefer was involved in his high school as a member of the Carey High School track and footballs team, representing the number 37. Hennefer was set to act in a school play the week following his accident.

Just after 7:30AM on a Tuesday morning during a driver's education lesson, Hennefer was driving with Jeffrey Mecham on the icy roads of U.S. Highway 20 about a mile east of Stanton Crossing, in southern Blaine County. When responders first received a call regarding the accident in the driver's education car, ambulances were already in route to rollover a similar accident at Gannett Road and Highway 20, reported at 7:28AM.

Mecham was initially transported by ambulance and later taken by helicopter to St. Alphonsus Regional Medical Center in Boise, but according to the police report, the boy died at the scene.

Dennis and Maryann Hennefer of Carey, Austin's parents, filed the lawsuit against the school district contending it should be held responsible for Mecham's “willful and reckless” decision to hold classes on a day with wintery weather and practice three-point turns on an icy highway.

After a finding that the district acted recklessly, the court ruled that the Idaho code with a limitation on non-economic damages did not apply to the family. The driver's education car was performing a maneuver used to make a 180-degree turn on a stretch of the highway that was otherwise too narrow for a U-turn when it was struck by an oncoming car.

The jurors found that the teenager was not negligent in operating the vehicle, and additionally that the driver of the oncoming car, Sergio Lopez-Rodriguez of Gooding, was not negligent in operating his vehicle, It determined 41-year-old Mecham was completely at fault. The three-point turn Mecham was having Hennefer perform involved low visibility and dangerously slick road conditions.

The jury verdict followed a six-day trial in Blaine County 5th District Court. The School District appealed the decision to the Supreme Court later in 2013, but the district's business manager seemed unphased by the damage amount in an interview immediately following the trial. Blaine County School District Business Manager Mike Chatterton state the district is completely covered by insurance through Contintental Western.