$16.7M Awarded for Father of Two Killed by Drunk Driver 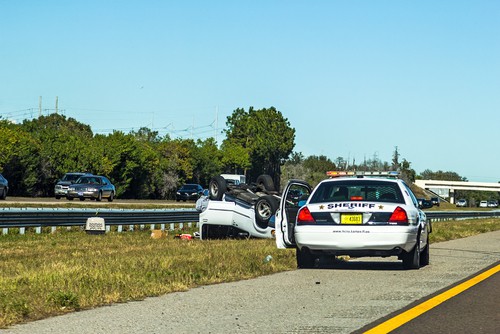 The plaintiff was fatally injured in front of his wife, seven-year old daughter and ten-year old son.

A Texas district court jury in Tarrant County awarded $16.7 million to the family of a man killed by a drunk driver who was sent home from a senior living facility while visibly intoxicated.

Samuel Dale Graham, 37, of Hamilton, TX, was driving north on Texas 36 with his wife and two children on August 24, 2013. At the same time, Alisa Prueitt, a certified nurse aide employed by Senior Living Properties, was sent home from work and allowed to drive herself because her supervisors observed she looked to have “been drinking, smelled of alcohol and was staggering around the nursing home,” according to court documents.

While driving south on Texas 36, Prueitt crossed the center line of the highway, crashing head-on into the Graham’s SUV. Samuel Graham, a physical therapist who also was a youth pastor, was fatally injured in front of his wife, seven-year old daughter and ten-year old son, who were also severely injured in the crash.

Prueitt also was held liable for her negligence.

Included in the award was a punitive damage amount of $5 million against Senior Living Properties. The jury found it to be 65 percent at fault and Prueitt 35 percent at fault, according to court documents.

Three months earlier in May 2013, Prueitt was impaired while on duty at Senior Living Properties, to the point that she could not walk or perform job functions, causing her to drop an elderly resident, according to court documents. During that incident, Senior Living Properties had another employee drive Prueitt home, but did not follow its own policy to test Prueitt for substances to determine whether she should be disciplined or terminated.

“It would have been a very simple thing to prevent this employee from driving” Attorney Laura Brown said to the Star-Telegram News. “Instead, Senior Living Properties … chose to disregard its policies and its basic obligations to protect the public because they didn’t pay their nurse aides well, they were understaffed and they wanted to have this employee return to work another day.”

Prueitt had a BAC of .42 percent at the time of the accident.

Each day, almost 30 people die in motor vehicle crashes at the hands of an alcohol-impaired driver. In 2013, 10,076 people were killed and 290,000 were injured in drunk driving crashes, according to the National Highway Traffic Safety Administration (NHTSA).

Unfortunately, only one percent of the 112 million self-reported episodes of alcohol impaired driving of U.S. adults have resulted in arrests -- only 1.4 million drivers in 2010 were arrested for driving under the influence, according to a Centers for Disease Control and Prevention (CDC) fact sheet.

On the day of the fatal car accident, Prueitt blood alcohol concentration level (BAC) was at .42 percent, more than five times the legal limit of .08 percent. Even at .15 percent BAC a driver is substantially impaired in her vehicle control and in visual and auditory information processing, according to the CDC.

Unfortunately, neither Prueitt’s incarceration nor the $16.7 Million award can remedy the loss of a loved one, as Sharla Graham said to the Star-Telegram news, “no one really wins in something like this. Our family has to live my husband’s death every day.”

The case is Graham v. Senior Living Properties, LLC Case No. 067-269110-13 in the Tarrant County District Court of Texas.