$2.8M Verdict in Crash by Stripper who was Encouraged to Drink at Work 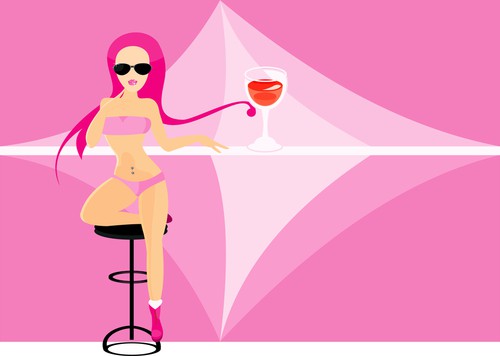 Astonishingly, the club’s attorney said The Living Room does not plan to change any of its practices or policies as a result of the jury verdict.

An Ohio judge upheld a $2.85 million jury verdict against a drunken stripper who crashed into a couple driving home, and against the club that encourages strippers to drink on the job.

A jury found negligence on June 24, 2014 on the part of the driver and her employer, The Living Room, where she worked as a dancer and where she became intoxicated. (Case No. 2010CV08476)

Nichole Johnson-Staeuble and her then-fiance Joshua had just finished their chocolate chip waffles at a local Waffle House July 4, 2010. They were a mile from their Huber Heights home when a drunk driver careened across three lanes of Interstate 70, smashed into the rear of their Pontiac Grand Am and pinned the car against the retaining wall.

The crash severely injured Johnson-Staeublein, whose neck, arm and face were damaged.

The drunk driver was a dancer who became intoxicated while drinking alcohol at The Living Room, which encourages dancers to drink while working. The club’s owner, Michael Ferraro, argued during trial that The Living Room was not responsible for the dancer’s decision to drive drunk. He also stated, the club makes more than 50 percent of its profits from drinks that customers purchase for the dancers.

Astonishingly, the club’s attorney said The Living Room does not plan to change any of its practices or policies as a result of the jury verdict.

A victim services specialist for Mothers Against Drunk Driving’s (MADD) Southwestern Ohio Office, said strips clubs like The Living Room continue to pose a public danger. “Rather than seeing that their employees get home safe, these employers’ concern seems to be about profits not safety, not only for their employees but for the general public,” she said.

Mary Montgomery, a dancer at The Living Room strip club in Harrison Township, was sentenced to six months in jail for vehicular assault and drunk driving.

“I am very gratified by Judge McGee’s decision to support the jury verdict in this case–holding The Living Room accountable for its business decision to put the public’s safety in jeopardy. Nichole was catastrophically injured. She was in a coma, endured 11 surgeries, has nearly $1 million in medical bills, and her life will never be the same as a result of the callousness of the Living Room and its dancer,” said Dennis Mulvihill of the Wright & Schulte law firm. He represented the plaintiff and has in-depth experience in personal injury cases.

The plaintiff said she now suffers chronic pain from breaking her neck, right arm and most of the bones in her face as a result of the crash. Since the accident, she pays $400 a month out-of-pocket for pain medications.

She said she brought the civil lawsuit against the driver and the club to raise public awareness of the dangers of dancers drinking on the job.

Montgomery County Common Pleas Court Judge Frances E. McGee overruled all the club’s objections, including its contention that the dancer’s negligence should not be linked to the club and the magistrate presiding over the trial should have granted the club’s directed verdict motion regarding the Plaintiff’s negligence claim.

The jury found the dancer and the The Living Room 50 percent negligent and ordered each to pay $1.42 million in compensatory damages. The dancer had to pay an additional $50,000 in punitive damages. The jury’s $2.85 million award to the Plaintiff includes $1.03 million for past and future medical expenses, $1.8 million in past and future pain and suffering and $15,200 for past lost wages.