Do Parents Owe a Duty to Vaccinate Their Children? 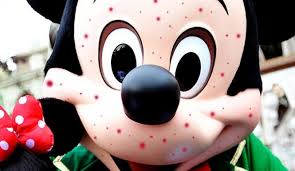 With the recent news stories revolving around the outbreak of measles due to unvaccinated children, a new and important question has arisen: Do parents owe a duty to others to vaccinate their children?

A new line of case law could be emerging due to a Texas statute that recognizes a cause of action for the negligent transmission of infectious diseases. This Texas law exists aims to combat the spread of sexually transmitted diseases between partners, and recognizes a duty between these partners not to spread infection. However, with the recent occurrences of unvaccinated children infecting others, the United States could very well see a development in this area of new law.

Penny McCrathy is a prime example of a parent who could be liable for failing to vaccinate her children. McCrathy, a Dallas resident, took her unvaccinated children to Disneyland in Anaheim, California, not knowing they had been exposed to measles by a foreign tourist. Upon their return, McCrathy's children went back to the Texas public school they attend using a vaccination exemption based on their “personal beliefs.”

Within approximately one week, McCrathy's children came down with the measles due to their lack of immunization. Fortunately, most students of the school had been immunized and were protected from being infected. However, one child, Ima Munenot, had never been vaccinated because of a severe immunodeficiency disorder. While the the McCrathy recovered, Munenot became extremely ill and suffered from meningitis. Meanwhile, her parents incurred emotional distress and tens of thousands of dollars in medical bills to help their child fight the life-threatening disease.

This anti-vaccination movement, which continues to convince small but significant numbers of people not to vaccinate their children, has been a frequent topic in the news due to the recent outbreak of measles at Disneyland. But tragedies like what happened to Ima Munenot have been recurring over the past 15 years. A similar incident to the McCrathy's children happened in Germany in 2000.

A mother in Germany took her unvaccinated child, who had a fever, to a pediatrician for treatment. The child's fever was due to the measles, and during this doctor visit the child infected multiple patients in the office. Three of those patients affected by the exposure were infants too young to be vaccinated, two whom later contracted subacute sclerosing panencephalitis (SSPE). SSPE is a slow, complicated disease that eventually leads to a slow, painful complication of the measles resulting in death.

The United States declared in 2000 that measles was eliminated from the country. This is defined as the absence of continuous disease transmission for 12 months or more in a specific geographic area. The United States was able to eliminate measles because it has:

Even so,  measles continues to be contracted by people in the US, because the disease is brought into the country by unvaccinated travelers (Americans or foreign visitors) who get measles while they are in other countries. They can spread measles to other people who are not protected against measles, which sometimes leads to outbreaks. This spreading of this disease can occur in communities with unvaccinated people.

The annual number of people reported to have measles:

While many of these parents refusing to vaccinate their children may just be ill-informed, or nervous about rumors they’ve heard from friends, some have become downright antagonistic. “Anti-vax parents,” as they are commonly called, dismiss the idea that they owe a duty to the public good.

One anti-vax parent recently stated, "I'm not going to sacrifice the well-being of my child [for the well-being of other children]. My child is pure. It's not my responsibility to be protecting [someone else's] child." Given this new parental attitude, parents who wish to keep their children disease-free need to consider their options in order to help their little ones who may be exposed to this dangerous, and sometimes deadly, disease.

As Alex Fuller points out, “Although there are no cases to date involving the negligent transmission of measles where the negligent act is a failure to vaccinate a child, it is certainly possible that a plaintiff might prevail on such a case if they can prove the essential elements of a negligence cause of action.”

The two greatest hurdles in proving negligence for plaintiff's attorneys are proving the elements of duty and causation.

It is highly likely that Ima’s parents could prove that Penny’s children were the source of Ima’s measles, menengitis and overall suffering. A jury would probably find that McCrathy should have foreseen that McCrathy's failure to vaccinate her children might spread the disease to others.

Ima’s parents must prove both that Penny’s actions in failing to vaccinate her children was both the cause-in-fact of Ima’s disease and that the injury was foreseeable. The Munenots could present medical evidence regarding the traceability of measles and ask an expert witness to testify to the high degree of probability both through laboratory and epidemiological statistics and studies.

There are multiple ways courts can determine whether or not plaintiffs were owed a duty by the defendants. To be owed a duty, plaintiffs must fall within the range of apprehension of the defendants, which can be determined through assessing the evidence and determining the plaintiff was probable, not merely possible. Courts can also determine a foreseeable plaintiff by assessing the utility, or usefulness, of the defendant's conduct versus the risk to the public due to the nature of the harm involved in the conduct. This balancing test of the utility versus the risk is a common method used by courts under the circumstances similar to McCrathy and Munenot.

An attorney for Munenot could argue that McCrathy's conduct in refusing to vaccinate her children has absolutely no social utility or benefit to the public good. Rather, the risk to the public good through McCrathy's conduct is quite high, and frankly dangerous because measles is one of the leading causes of death among young children. The measles vaccine is relatively inexpensive and is both safe and readily available to the public. The existence of a Texas statute would aid Munenot's family in their argument, which requires that all children state-wide be vaccinated.

However, an attorney for McCrathy could argue the existence of the current Texas statute in the McCrathy family's favor as well. Although the statute requires all children to be vaccinated, the same statute explicitly states a cause of action may not be created by those who do not wish to vaccinate their children for “reasons of conscience,” as long as those persons have signed an affidavit stating as much. An attorney for the McCrathy “anti-vax” camp could additionally argue protection under the Texas and United States Constitutions.

It seems both sides have seemingly applicable arguments in their favor, and persuasive advocacy could very well pave the way for new common law regarding this newly popular topic in our country.

As Fuller points out, “The best protection against measles is vaccination, not litigation. However, infants and persons with suppressed immune systems cannot get vaccinated. Parents of children who cannot be vaccinated should demand that schools protect vulnerable students by banning unvaccinated children from attending school during outbreaks of measles and other diseases. In the worst case scenario, however, the threat of litigation may convince parents who are on the fence to have their children vaccinated.”