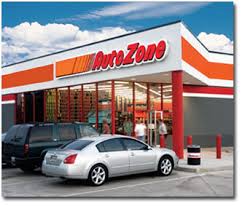 The EEOC claims the popular retail chain violated federal law when it forced a black sales manager to transfer out of a store on the southwest side of Chicago because of his race and then fired him for resisting.

AutoZone, which is a Memphis-based Fortune 500 company, is one of the leading auto parts retailers in the United States. With reported annual sales of over $8 billion, it employs more than 65,000 people in 48 states.

According to the EEOC’s complaint, AutoZone managers decided in 2012 to eliminate or limit the number of non-Hispanic employees working at the store at Kedzie and West 49th Street. The EEOC’s pre-suit administrative investigation, revealed that the auto parts employer appeared to believe Hispanic customers of the store would prefer to be served by Hispanic employees. “As a result, the black sales manager at the store was allegedly told to report to another store on the far south side of Chicago. When he refused to do so, he was fired,” said the EEOC.

“AutoZone told an Illinois federal judge on June 26, 2015 that the EEOC has no evidence to support its claims that the auto parts retailer segregated and classified its employees based on race, renewing its bid to escape the suit,” according to Law360. AutoZone claims the existence of an “adverse employment action,” which its workers must have suffered for the retail chain to be liable, has not been sufficiently proven by the EEOC’s efforts.

The EEOC has brought suit under Title VII of the Civil Rights Act of 1964, which prohibits limiting, segregating, or classifying employees on the basis of race. The agency argued earlier last month that AutoZone should not be able to rest on its sales performance data as a defense while simultaneously refusing to turn over the information to the EEOC. AutoZone maintains its decision to transfer Stuckey was based on sales performance figures as well as his job performance.

“The contentions are either part of the defendants’ defense of this action or they are not. Defendant should not be permitted both to refuse discovery on these matters while also keeping the door open to raising them at trial,” the EEOC said in its motion to compel.

The company argued that testimony by African-American sales manager Kevin Stuckey earlier this year clearly demonstrated he was not subject to any adverse employment action, let alone to any adverse action because of his race, pointing to statements in which he allegedly said he could not remember if he had asked for the transfer to another retail store. AutoZone urged the federal judge at this year’s earlier hearing to deny the EEOC’s attempt to compel information on bias complaints and employee compensation, accusing the agency of “attempting to fish for evidence” to back up the race discrimination claim.

The case is currently in active litigation, and no opinion has been issued.