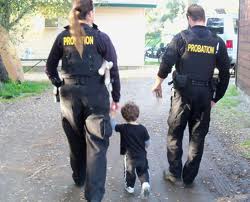 The Eighth Circuit US appeals court upheld a $1 million award for children of a slain parolee, who was shot by a state fugitive apprehension agent attempting to arrest him.

The federal court ruled that there was evidence that supported that Steven Julian, the fugitive recovery agent, acted with reckless indifference in causing the death of the 23-year-old Zachary Snyder.

Attorney Steve Walsh stated this was a tragic case involving a “kind, gentle young man who lost his life in a senseless shooting by a remorseless parole officer.”

Snyder was on parole for possession of a controlled substance and automobile theft. In 2008, the state parole board determined Snyder had absconded and issued a warrant for his arrest.

On appeal, Julian argued he was entitled to official immunity under Missouri law and that he was protected by Missouri’s public duty doctrine.

After receiving a tip of Julian’s location, Julian saw Snyder and announced himself as a parole officer with a warrant for Snyder’s arrest. Snyder did not resist Julian, instead he placed his hands on Julian’s car. According to reports, “Julian stood to Snyder’s left and placed his left hand on Snyder’s shoulder.”

”At that point, Snyder turned to his right and began to run. “Snyder took two steps and Julian fired one shot, the bullet entered Snyder’s back and exited his left chest, through his right lung, killing him.”

Julian argued he made a “split second decision to discharge his service weapon as an immediate reaction” based on the belief that Snyder would have attacked him. Not only did Julian give three different versions of Snyder’s movements according to a retired officer who investigated the scene, but Snyder was unarmed and Julian could not describe how the parolee was attacking him. The court agreed that Julian was not entitled to immunity because there was evidence to support malice.

Alternatively, Julian argued the jury award was excessive and supported his motion for a new trial. Circuit Judge Colloton wrote, “in light of the Snyder’s age, life expectancy, and his relationship with his four children, the court could not say the $1 million award was a plain injustice.”

This case is Estate of Zachary Snyder v. Steven Julian, Case No 13-3012, United States Court of Appeals for the Eighth Circuit