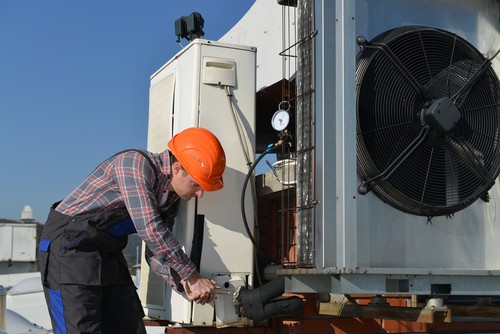 A pulley caught some electrical wires where the plaintiff was working, and wrapped around his leg, wrenching his back and left knee.

A 52-year-old Hillsboro, Texas, electrician who seriously injured in a workplace injury was awarded $2.41 million by a Dallas jury.

The jury in Judge Mark Greenberg’s court found the building owner, The University of Texas Southwestern Medical School was negligent, and primarily responsible for the injuries to plaintiff Johnny Munoz.

According to his attorney Bill Zook of Ted B. Lyon & Associates in Mesquite, Texas, "The Munoz case is unique in that the citizens of Dallas County held a state entity accountable for making dangerous use of property around which Mr. Munoz was required to work. "

Munoz was required to perform his work of running electrical conduits in close proximity to the unguarded pulley on an operational air handling unit. While trying to get by the pulley in a confined area, it caught some nearby electrical wires and wrapped them around his leg, wrenching his back and left knee.

He received permanent back and left knee injuries which resulted in two surgeries, permanent disability and two probable knee replacements in the future.

Attorney Zook stated, "The outcome of this case is important to every citizen in the state of Texas not because of the amount of the verdict, but because the jury held the state to the same safety standards to which private citizens are held. The state’s unlimited resources were not sufficient to convince the jury that the state bore no responsibility, as they claimed at trial. By the end of the trial, the truth won the day and no matter how big the adversary, we were willing to take the fight all the way to verdict."

The case is Johnny Felipe Munoz v. The University of Texas Southwestern Medical School, CC-10-00309-E in County Court at Law No. 5 of Dallas County, Texas.