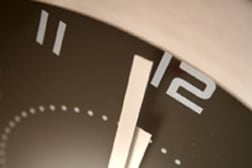 One case brought by 1,800 Wal-mart and Schneider employees ended with a $21 million settlement.

California wage and overtime laws require workers to be paid for any hours they work, but more and more wage and unpaid overtime lawsuits allege that companies routinely violate these laws and fail to give employees either regular or overtime pay. As a result, employees are turning to the courts, to fight against employers they say treat them unfairly.

One such lawsuit recently resulted in a $21 million settlement between employees and Schneider Logistics and Wal-Mart. That lawsuit, filed in 2011, represented more than 1,800 employees who worked at certain Schneider facilities from 2001 to 2013.

Among the allegations were that the companies failed to pay employees properly for all hours worked. Plaintiffs said they frequently worked 16 hours a day, up to seven days a week, and were not given proper breaks or overtime pay and usually not even minimum wage.

According to the Los Angeles Times (5/15/14), the settlement will be paid entirely by Schneider, whose facilities were solely dedicated to Wal-Mart. Although Wal-Mart was not initially named in the lawsuit, the company was added as a defendant later and the judge found that Wal-Mart could be liable as a joint employer because it had a great deal of control over warehouse operations. Wal-Mart had objected to being added as a defendant because it did not employ the workers itself, but used a third-party firm to handle operations.

The $21 million settlement still requires approval from the court.

In 2013, a settlement between Schneider Logistics and around 560 employees was also announced. In that lawsuit (Franklin Quezada v. Schenider Logistics Transloading and Distribution, U.S. District Court for the Central District of California, No. 12cv02188), employees alleged their wages were illegally deducted and they were not paid overtime because of an invalid election for an alternate workweek schedule.

That lawsuit was settled for $4.7 million, but Schneider’s tactics reportedly came under fire from a judge, who found the company’s behavior was “fundamentally misleading and deceptive.” Schneider was accused of having employees meet with attorneys to discuss working conditions but not telling employees that anything they said could be used against them in court. Employees also alleged they were forced into signing documents they could not understand.