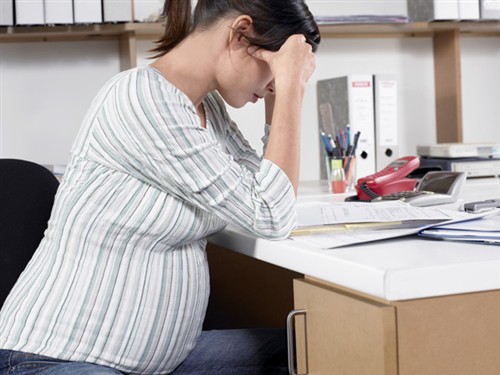 A federal judge in Chicago has allowed a childbirth injury case to proceed where the mother charges that an employer owes a duty of care to an employee's
unborn child.

Judge Robert M. Dow, Jr. denied a motion by the Catholic Charities of the Archdiocese of Chicago to dismiss a lawsuit filed by a former employee which includes claims of negligence in relation to the birth of her son. The case is Sindy Mejia v. Catholic Charities of the Archdiocese of Chicago, Case: 1:14-cv-08051, US District Court for the Northern District ff Illinois, Eastern Division.

Represented by Eugene K. Hollander of The Law Offices of Eugene K. Hollander, Mejia alleges that despite informing Catholic Charities of her high-risk pregnancy at 12 weeks in 2012, she was asked to perform manual labor tasks, including moving heavy cabinets and scrubbing carpets.

Mejia suffered an anxiety attack on January 23, 2013 and was taken to hospital to avoid premature labor. However, she went into premature labor on January 28, 2013 and gave birth to her son. She claims that he now suffers from developmental issues because of the early birth.

The lawsuit also includes claims of pregnancy and gender discrimination, highlighting how Mejia was demoted from Office Manager/Billing Coordinator to Program Assistant after disclosing that she was pregnant and was fired on February 15, 2013 after the birth of her son.

Catholic Charities sought to dismiss the claim, arguing that it was a novel theory. However, court denied the defendant’s motion and allowed the claim to proceed, alleging the right of an unborn child to have a personal injury claim against the party who caused it.The case will now proceed into the discovery phase.

“Sindy Mejia’s son suffers from developmental delays, placing him four to five months behind his same-age peers. I have no doubt that this wouldn’t have happened if my client hadn’t been made to perform heavy duty manual tasks by her employer when they knew she had been diagnosed with a high-risk pregnancy. What’s more, my client was unfairly demoted and dismissed following news of her pregnancy and birth,” Hollander said.