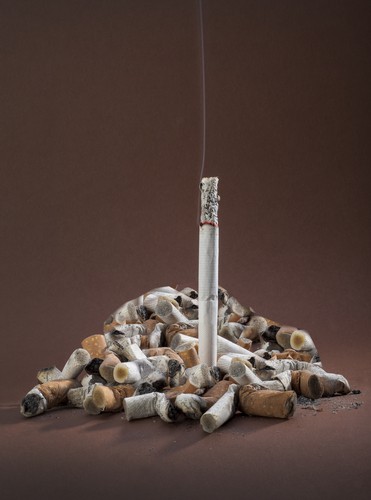 The decision is a victory for "Engle progeny" plaintiffs, who were allowed to file individual lawsuits against the tobacco companies.

The Florida Supreme Court has allowed a widow of a man who died from lung cancer to seek punitive damages on strict liability and negligence claims in her Engle progeny wrongful death lawsuit against R.J. Reynolds Tobacco Co.

The decision resolved an appellate court split on the issue, now allowing individual members of the Engle class action to seek punitive damages on all claims properly raised.

The decision is a victory for "Engle progeny" plaintiffs, who were allowed to file individual lawsuits against the tobacco companies when the Florida Supreme Court decertified the original Engle class and overturned the $145 billion verdict.

Lucille Soffer brought her individual wrongful death action against R.J. Reynolds asserting the four causes of action pled in the Engle class action of negligence, strict liability, fraud by concealment, and conspiracy to commit fraud.  Soffer amended her complaint to add a demand for punitive damages.

During the jury charge conference, RJ Reynolds asserted, and the trial court agreed, that the jury should be instructed that only the fraudulent concealment and conspiracy counts could be considered for punitive damages based on the procedural posture of the Engle case.

In the Engle class action, plaintiffs initially sought punitive damages on the fraud charges, and later asked for leave to amend the complaint to include punitive damages for negligence and strict liability.  The court denied the motion as untimely.

The trial jury did not award punitive damages based on its jury instructions, but a judgment of $2 million was entered for Soffer.  She appealed, asserting the court erred in prohibiting punitive damages on the negligence and strict liability counts.

The First District Appeals Court upheld the trial court decision, finding that Engle progeny plaintiffs “wear the same shoes” as the Engle plaintiffs and could not bring other claims and remedies that had not been timely asserted as part of the Engle class action.

The Second District heard a similar Engle progeny case, but it determined that while Engle progeny plaintiffs benefit by the res judicata effect of the Engle class action findings, they are not precluded from seeking a remedy barred as untimely for “mere procedural deficiencies.”

Soffer appealed the First District Court’s ruling, and the Florida Supreme Court found in her favor.  The Court ruled that Soffer, and all Engle progeny plaintiffs may seek punitive damages on all properly pled counts in individual actions.

The court stated that the trial court’s denial of the motion to amend in the Engle class action was not based on the merits of the request, but was based on the procedural posture at the time since the request was untimely.

The court also stated that a demand for punitive damages is not a “separate and distinct cause of action,” rather it is dependent on the existence of an underlying claim.

Finally, the court reasoned that since the burden to establish entitlement to punitive damages is on the plaintiff to prove by clear and convincing evidence that the defendant’s conduct causing the damage was either intentional or grossly negligent, claiming punitive damages does not vary depending on the underlying legal theory of the claims.

The case is Lucille Ruth Soffer v. R.J. Reynolds Tobacco Company, case no. SC13-139, in the Supreme Court of Florida.