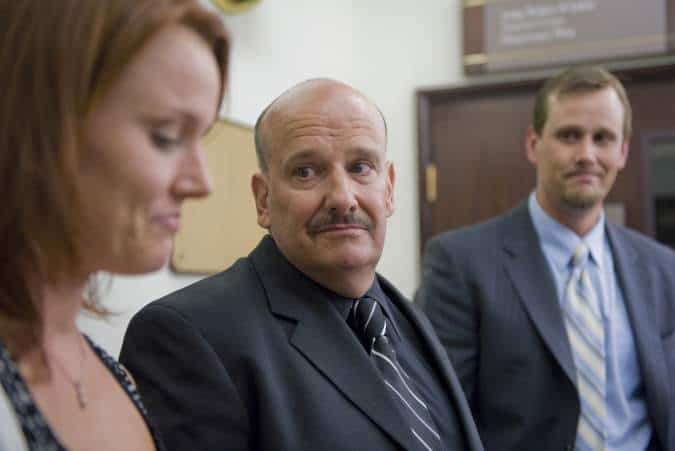 Clyde Spencer, center, and his children, Kathryn Tetz and Matthew Spencer, who testified in defense of their father.

A father who spent 20 years in prison based on sex abuse evidence fabricated by two former Clark County, WA, sheriff's detectives was awarded $9 million by a federal court jury that ruled that the authorities violated his constitutional right to due process.

The jury verdict in the civil rights case was the latest in a series of exonerations for former Vancouver, WA, policeman Clyde Ray Spencer. He had been sentenced in 1985 to two life terms plus 14 years on false charges that he sexually abused his daughter Katie Spencer Tetz, then age 5, son Matt Spencer, then age 9, and stepson Matt Hansen, then age 5. The Governor commuted Spencer's sentence in 2004, and his conviction was subsequently thrown out.

"This case is so incredibly simple," attorney Kathleen Zellner told the jury during opening statements. "It has to do with the deliberate fabrication of evidence" by former sheriff's detective Sharon Krause and her boss, former detective sergeant Michael Davidson. Krauss and Davidson were both held liable. "The motivation was sex and ambition." Zellner, of Downers Grove, IL, is a member of the National Trial Lawyers.

Spencer asserted that the false evidence was a moving force in his entering an "Alford" or no contest plea to the charges. It is treated as a guilty plea, but maintains a person's innocence while acknowledging that a jury could find him guilty. While in prison Spencer wrote letters saying he was not guilty of molesting his children and stepson.

After 13 days of testimony in court in Tacoma, WA, from 25 witnesses -- several key factors led to the on February 3 jury verdict:

"Justice was served, even though it took 30 years," Zellner said. "We were able to prove they framed him. We've proven the evidence was fabricated. And, after 30 years, that's remarkable. Justice is alive and well in Washington."