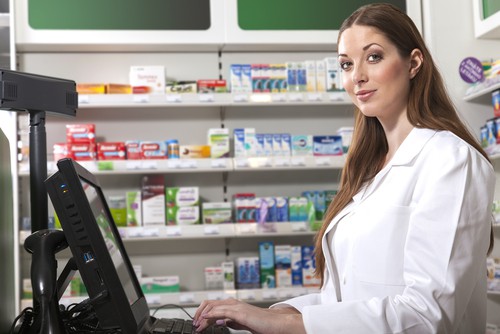 By Jill F. Bechtold and Alison A. Hofheimer.

Nationwide, pharmacists are witnessing an epidemic: courts are beginning to hold pharmacists liable in negligence and wrongful death actions involving overdoses or adverse reactions to lawful prescriptions filled as written by the prescribing physicians.

The Florida Fifth District Court of Appeals’s recent decision in Oleckna v. Daytona Discount Pharmacy highlighted a changing area of Florida law, which has been seen nationwide. For the last decade, Florida courts have appeared to expand the traditional liability for a pharmacist, seemingly bringing the common law into closer step with the duties outlined by the statutory and administrative laws.

In the absence of definitive guidance from the Florida Supreme Court as to the scope of their duties, Florida pharmacists have been prescribed a tough pill to swallow: either provide an independent oversight when filling prescriptions or possibly risk legal challenges in the future. While the lasting impact remains unknown, the changing nature of pharmaceutical liability has had reverberations around the country.

The role of pharmacists has expanded, and with that so has their contact and advisory role with their patients. In addition, plaintiffs continue to fight removal of drug and device manufacturer cases to federal court by naming local pharmacists as parties to an action.

Historically, many courts protected pharmacists from being exposed to liability for the duty to warn, holding:

Currently, there is a trend nationwide towards holding pharmacists liable for the failure to consult with prescribing physicians or to warn patients of potential risks or side effects of prescriptions readily detectable by reasonable physicians.

A recent movement in Florida law provides a good case study in the evolution of pharmacist liability, exhibiting what is gradually becoming a growing movement among the courts.

However, in the last decade, the Florida courts have increasingly abandoned this historically protective view of pharmaceutical liability and have adopted a standard of care based on reasonableness. In so doing, the courts have interjected uncertainty into a previously well-settled area of law, leaving lower courts and pharmacists alike grappling to understand the duty owed by pharmacists.

Although this trend was nearly a decade in the making, the Florida Fifth District Court of Appeal crystalized this doctrinal shift in its recent holding in Oleckna v. Daytona Discount Pharmacy, stating

“[W]e refuse to interpret a pharmacist’s duty to use ‘due and proper care in filling the prescription’ as being satisfied by ‘robotic compliance’ with the instructions of the prescribing physician.”  See Oleckna, —-So.3d —-(Fla. 5th DCA 2015).

Consistent with earlier decisions of the First and Fourth District Courts of Appeal, the Fifth DCA held that a pharmacist is no longer immune from liability merely because he or she filled a lawful prescription as written. Now, pharmacists arguably must act as a “check” on the prescribing physicians and must independently evaluate the “reasonableness” of prescriptions, including the quantity, frequency, dosage, or combination with other prescriptions.

Yet, this holding has been hailed by commentators as a seminal case marking a dramatic expansion of the duty owed by pharmacists. At a minimum, Oleckna should be credited with making the changing role of Florida pharmacists a salient issue at the forefront of pharmaceutical law. This article analyzes the evolution of Florida pharmaceutical liability jurisprudence in light of these changes.

Florida courts have traditionally held that pharmacists merely have a duty to exercise “due and proper care in filling [a] prescription.” In McLeod v. W.S. Merrell Co., Division of Richardson- Merrell, Inc., 174 So.2d 736 (Fla. 1965), the Florida Supreme Court declined to hold a pharmacist strictly liable for breach of implied warranty based on his failure to warn a customer of the possible dangers of using a prescription drug filled pursuant to the prescribing physician’s orders. The court reasoned that a "druggist who sells a prescription warrants that

Thus, while the Florida Supreme Court refused to recognize a cause of action for breach of implied warranty against a retail druggist selling drugs that were pre-packaged in the manufacturer’s sealed packets, it specifically noted that the failure to exercise due and proper care in filling a prescription could give rise to a cause of action for negligence.

For the ensuing decades, Florida courts refused to expand McLeod to impose a duty on pharmacists to warn a patient of the addicting qualities of a drug or to notify a treating physician of the fact that a patient was addicted to a drug. See Pysz v. Henry’s Drug Store, 457 So.2d 561 (Fla. 4th DCA 1984). See also, Johnson v. Walgreen Co., 675 So.2d 1036 (Fla. 1st DCA 1996) (finding that a pharmacist had no duty to warn a customer or physician of potentially adverse drug interactions when he accurately filled two prescriptions which could be harmful when used in conjunction because the legislature did not intend to create a private cause of action when it enacted a statute requiring pharmacists to check for harmful reactions and interactions and to counsel customers).

See also Estate of Sharp v. Omnicare, Inc., 879 So.2d 34, 36 (Fla. 5th DCA 2000) (explaining that “[i]n McLeod, the Florida Supreme Court sharply limited the duties that a pharmacist owes to his or her customers. The high court chose not to make a pharmacist liable for duties that are ordinarily owed by a physician or caretaker to the patient.”)

In Sanderson v. Eckerd Corp., 780 So.2d 930 (5th DCA 2001), the court held that a pharmacy that advertised a computer system that would detect and warn customers of adverse drug interactions voluntarily assumed a duty to warn customers, as measured by what is recognized as acceptable and appropriate among reasonably prudent pharmacists.

The following year the Fourth DCA held that:

“Florida pharmacists are already specifically charged with general knowledge of prescription medication and the risks presented by taking particular prescription drugs, such that they should be able to evaluate and explain the operative risks of taking a medication or series of medications. Thus a strong policy basis already exists supporting a pharmacist’s duty to warn customers of the risks inherent in filling repeated and unreasonable prescriptions with potentially fatal consequences.”

See Powers v. Thobani, 90 So.2d 275, 279 (Fla. 4th DCA 2005) (finding that a pharmacist could be held liable for filling numerous prescriptions for narcotics written by the decedent’s neurologist too closely in time).

See also Arrington v. Walgreen Co., 919 F. Supp. 2d 1282 (M.D. Orlando Division 2009) (holding that the complaint adequately pled a claim for negligence because “the defendant knew that [the plaintiff] was allergic to sulfa-based drugs and filled her prescription for such a drug without warning her or double-checking with her physician”).

Liable for too many pills

In the most recent Florida pharmaceutical liability case, the Fifth DCA held that a pharmacy could be held liable for filling “without question, numerous prescriptions that were so close together that Pharmacy should have been put on notice that [the decedent] was getting too many pills within too short a period.”   See Oleckna v. Daytona Discount Pharmacy, —-So.3d —-(Fla. 5th DCA 2015).

The court explained that “the prescriptions at issue here are alleged to be unreasonable at their face because they were written in a quantity, frequency, dosage, or combination that a reasonable pharmacist would either have checked with the prescribing doctor or warned the patient.”  Id. at *5.

The court explained that while the “Florida pharmaceutical regulatory statutes and administrative codes do not create a private cause of action against pharmacists,” they “do describe the duties of Florida pharmacists.”  See id. at n. 4. Accordingly, the standard of care promulgated in Oleckna is based on F.S. 465.003(6) and Fla. Admin. Code R. 64B16–27.300, 64B16–27.820.

Thus, Oleckna stands for the proposition that pharmacists must assume an oversight function over prescriptions, questioning whether they are “unreasonable on their face.”  This holding effectively incorporated the language used in provisions of the administrative code and statutes regulating pharmacies into the common law, seemingly setting forth a new common law cause of action in negligence against pharmacists.

In addition to impacting pharmaceutical liability cases, it remains unclear whether Oleckna will make any significant impact on removal jurisdiction in drug and medical device manufacturer cases. Plaintiffs routinely name local pharmacists, pharmacies, or retail stores as parties in cases involving drug and medical device manufacturers to defend against federal removal of the action.

Oleckna may now provide a sufficient argument for plaintiffs attacking removal jurisdiction by providing a viable claim against local pharmacists. Whether this argument will bear fruit for the plaintiffs remains to be seen; however, the argument is likely to be raised in these types of cases and the result may be an increase in the number of local pharmacists named as parties in drug and medical device cases in the future.

Alison A. Hofheimer is an associate at Marks Gray. She was the General Counsel of the Florida State University Supreme Court, served as the Business Relations Editor and a Senior Member of the Law Review. Her article titled, “Saved by the Bell? Is Online, Off-Campus Student Speech Protected by the First Amendment?” was published in the Fall 2013 Florida State University Law Review.

Prior to joining Marks Gray, Ms. Hofheimer was a law clerk with the Law Firm of Pajcic & Pajcic and the Law Office of Matt Liebenhaut in Tallahassee, Florida.